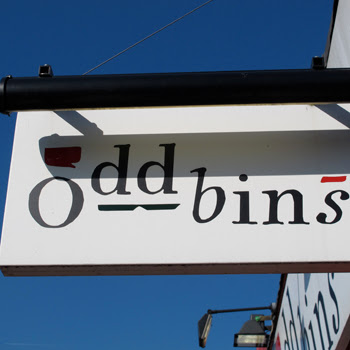 Oddbins seeks a CVA (creditors voluntary arrangement) to escape administration
Stricken multi-drinks retailer Oddbins appears to be facing a bleak future and may go the way of other failed high street drinks retailers like Unwins and Threshers (First Quench).

Oddbins’ management is seeking agreement on a CVA (creditors voluntary arrangement) that will pay creditors 21p in the £. Oddbins is known to owe HMRC (HM Revenue & Customs) £8.6 million and it is reported that there are nine companies owed over £100,000 each. These include importers Hatch Mansfield (£310,000), Concha y Toro (£242,000), Halfords (£173,500) and De Bortoli Wines (£107,000). Other notable creditors include Diageo GB (£84,000) and electricity supplier EDF (£51,000). The total figure is not yet known but some estimate that the total is over £20 million.
The proposed CVA will be voted upon at a meeting of creditors on 31st March. For the proposals to be accepted they must attract 75% of the vote by value. If the deal is accepted creditors will be due to be paid 21p for every pound owed spread over 46 months. If the CVA is not approved and Oddbins goes into administration then it is estimated that the payout would be down to 13.6p in the pound.  However, companies would be more likely to get their money sooner and for some this may be the more attractive option.

Oddbins are closing 39 stores and laying off 120 staff.

Assuming that Oddbins do get approval for their CVA proposals on 31st March, they will still face a very tough challenge making the 'core' that remains profitable. Suppliers are likely to want payment upfront when selling goods making it very hard to be competitive on price. Furthermore since the business was founded in 1971 it has a long history of unprofitability under its various owners, who have included Seagram, Vivendi and Castel.

My guess is that Oddbins will go the way of Threshers (First Quench) and Unwins – No-bins beckons?