Santarém: a day out 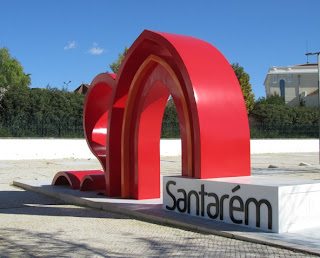 We decided to take the train from Santa Apolonia to Santarém, which is a town we have never explored before. Initially things didn't go at all to plan. There was no problem getting tickets for the 9.48am stopping train from Santa Apolonia, which sets us back just over 5.50€ each for a journey of just over an hour. Nor, after a coffee and a cake in a station bar, finding the platorm and getting on the train.

9.48 came and went, so 9.58, 10.08, 10.18 – and still we sat in the train on Platform 5 at Santa Apolonia. No announcement as to what was happening. From time to time those of us remaining on the train opened the electric train doors and peered out but returned clearly none the wiser. Finally the train left at 10.48am – clearly the 9.48 was cancelled but no-one thought to say.

The station at Santarém is on the flat valley floor of the Tagus, while the main part of the city is up on a bluff high above. We decided to get a taxi to take us up to the centre. It was certainly a wise move and, as usual, the fare was not expensive. 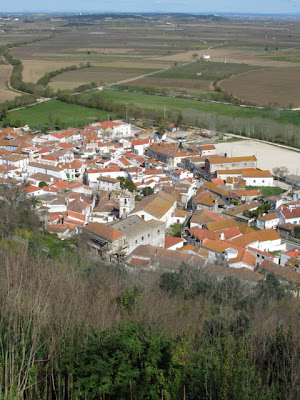 Lower Santarém, the station is out of photo to left 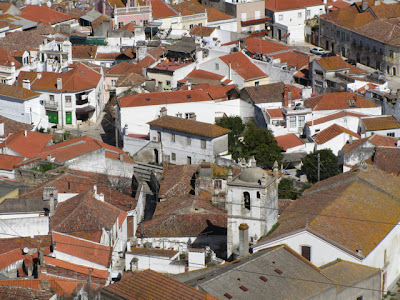 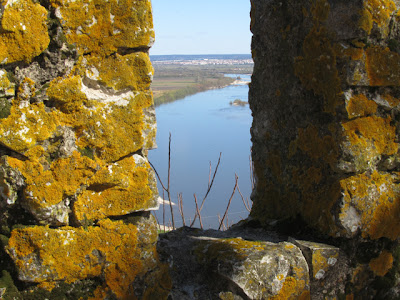 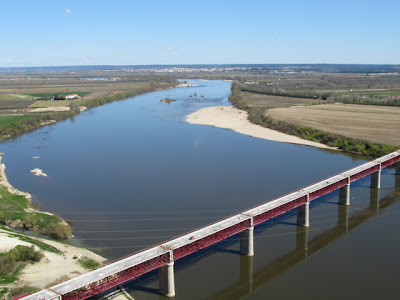 The old bridge over the Tagus at Santarém, which is now under repair (above and below) 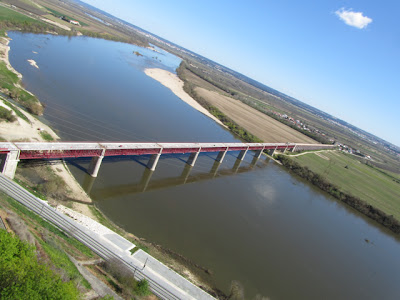 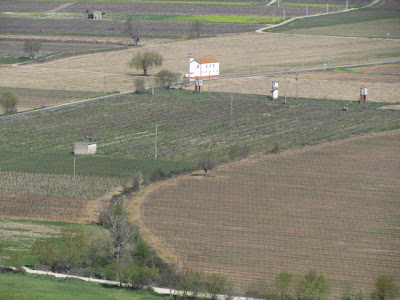 Vines on the flat valley floor (from Porta do Sol)
The old centre of the city has many narrow old streets with a number of churches plus attractive buildings. 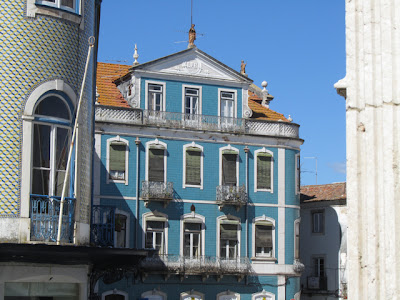 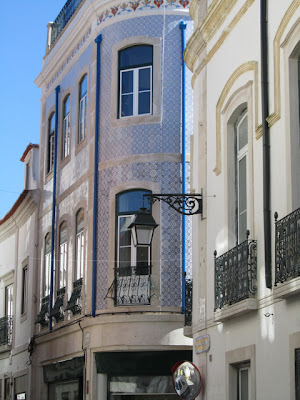 Jim - these photos are absolutely beautiful. Thank you for sharing them!

p.s. - what kind of camera are you using for these shots?

Thank you. Camera: Canon Powershot SX 210 IS for the Santarém photos.

It’s not the camera that makes the picture, nowadays, it’s the eye behind it ... and the wonderful light of Portugal. You know what Lis-boa means ... and Santarém is not that far away! This being said, nice pictures indeed, Jim.

Thanks Luc. All seems rather unlikely to me. The small 210 camera is pretty amazing.

I agree the clear February light has an important role.