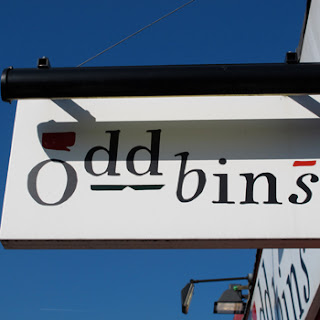 Oddbins has applied to go into administration to protect it from creditors applying for winding up orders.
Going into administration gives Oddbins ten days of protection from its creditors. The company voluntary arrangement (CVA) put together by Deloitte will be voted on at a meeting in London on Thursday 31 March.


British Gas, which is owed £57.65, is known to have issued a winding up order. It is not known if they are the only creditor to issue a winding up order.
A spokesperson for Oddbins told Decanter.com: ‘It is a precautionary measure to allow the CVA to go through'
'The application gives Oddbins a moratorium over any claims of 10 days and the CVA vote is on 31st March. These creditors will be bound by the terms of the CVA although they can appeal if they feel the situation is unjust.’
Decanter.com understands that Oddbins became aware of the claim by British Gas last night, and had initially believed claims could not be processed once a CVA had been announced.
Although the British Gas winding up order may possibly have been generated by a computer controlled account it doesn’t explain how British Gas could have applied for a winding up order on a debt of just £57.65 as a debt has to be £750 or more to be eligible to issue one. Late flash: explanation is that the amount listed as owed to British Gas excludes estimates.
Presumably there must be other creditors who have opted for winding up orders.
See also: 'Suppliers being 'asked to fund Oddbins rescue' Graham Holter in Harpers Wine & Spirit

What I find really odd in this story is that they go into the bin so shortly after having changed ownership. (It wasn't that long ago, was it?) It makes me wonder how much the new owners really understood of the business. Unless going into admin was some kind of part of the plan.
-P

The present owners acquired the business at the beginning of August 2008.