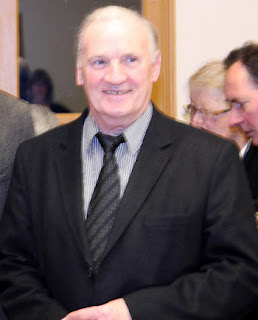 Alain Kerbriand-Postic
The overall result of the election in the canton of Bléré saw the Socialist Party's Alain Kerbriand-Postic elected. He was the sitting member and won, in the second tour, a total of 4004 votes (51.4%) against Jocelyne Cochin (UMP) with 3786 votes (48.6%). Only 45% of the electorate voted. The canton of Bléré comprises the following communes:
Athée-sur-Cher, Azay-sur-Cher, Bléré, Céré-la-Ronde,
Chenonceaux, Chisseaux, Cigogné, Civray-de-Touraine,
Courçay, Dierre, Epeigné-les-Bois, Francueil, Luzillé -
Saint-Martin-le-Beau, Sublaines
The result in Epeigné-les-Bois was a little different, although it was a close race. Here Cochin came out on top with 86 votes (50.6%) with Kerbriand-Postic close behind on 84 votes (49.4%) – just two votes in it.  58.02% of the electorate voted.
Posted by Jim's Loire at 20:50