Comments from Westbury Communications who handle PR for Oddbins 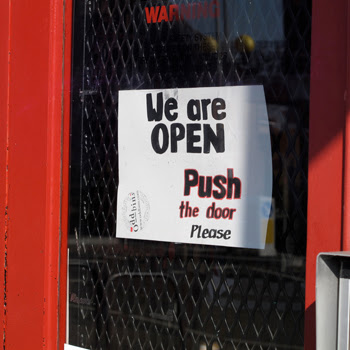 Following my post (http://jimsloire.blogspot.com/2011/03/oddbinsdulwich-villages-emptying.html) I received the following comments from Westbury:
The stock in Oddbins is severely depleted as they have not been able to buy any new stock since January. If the CVA is approved then this will change.
Deloittes has ratified the CVA proposal on the basis that the core business left after the restructure has a solid footing. The 89 shops remaining were all significantly profitable up until stock became tight – shops that have been closed may just have been in the wrong area or also suffer from high rates. The CVA, if approved, also allows Simon to deal with some of the issues which form the basis of the high court claim Oddbins has against Nicolas. It also seems that Oddbins has met every payment due for the deferred consideration but Nicolas owes Oddbins £1.4m pounds under the indemnities.
If the CVA goes through, the business should be able to gradually re-attain the footing it had in the summer of 2010 whereby the footfall had increased and the average transaction price had gone up 4.4% over previous year. The main suppliers are supporting the cva. Several analysts (not Oddbins) have said that, although we cannot second guess them, the HMRC, who are owed 8.4m, are likely to ratify the cva rather than see all Oddbins employees without work, and the landlords are facing a grim prospect as the retail high street is not currently buoyant.

I hope that gives you a bit of a snapshot. I apologise that we have not spoken in detail to wine writers – it was always our intention to do so. However, a leak three weeks ago has meant that we have been dealing on a daily basis with huge media interest from tv and radio as well as all the nationals and major regionals. This was during the time the strategic review was going on and the CVA had yet to be announced so it has been a huge balancing act of responding fairly to media enquiries without jeopardising staff and supplier relationships.
In response I asked Westbury: ‘A crucial question is on what terms will suppliers continue to sell wine to Oddbins following agreement on the CVA? Will small to medium sized producers want cash up front to avoid racking up further potential losses?’
Westbury's response
It will be cash on delivery.*
The stores that remain are ‘significantly profitable’ and Oddbins was trading successfully in these stores until late last year – the figures for the first half of last year show increased footfall and an increased average price per transactions. The company has 3.5 million customers. The strategic review has involved considerable external expertise and the future of the business, on the basis that a significant amount of base cost has been shaved off, is considered to be on a solid footing.
An extra point that has been missed in a lot of the reporting is that creditors will receive 21p in the pound, plus 50% of any potential outcome of the court case with Nicolas. The claim is in the High Court (Queen’s Bench) and has been brought by Oddbins against Nicolas – it is pretty extensive and covers many areas, most of which have affected Oddbins' ability to restructure the business and trade successfully. Simon is bound by confidentiality so is unable to talk in any detail.
See post on Oddbins in administration.
* As suppliers will be wanting cash on delivery, will HMRC (UK tax authorities) who are owed £8.6 million also want duty and tax paid on the nail?
Posted by Jim's Loire at 17:43

Problem is, Jim, the way Oddbins appear to have treated their suppliers (both growers and agents), why would those same suppliers ever want to to do business with Oddbins in the future - especially if they are forced to accept just 21% of what they are already owed? And over a 4 year period, at that. There is simply no longer any basis for trust or goodwill.

And if the Oddbins management are so confident that they can re-build their business, why not show a clear resolve to (eventually) pay back 100% of what they owe? Anything less is unsatisfactory, but 21% is quite frankly an insult.

Always assuming that those existing suppliers do what they are being asked to do and cut their losses, who on earth do Oddbins expect to take their place? No sensible grower would toch them with a bargepole. Cash on delivery? Why not payment with order?

As one of the countless enthusiasts for whom Oddbins played such a huge part in the formative years of my love affair with good wine, it is sad to see a once-great retailer fall so spectacularly from grace. But that was then - and this is now. And apart from the name, there really is nothing left to lament.

As a small independent wine importer/retailer myself, I can only look on with more than a little contempt at the way this situation has panned-out. And as someone who also still needs a day-job to make a decent living, I feel the hundreds of staff whose jobs are on the line.

As for HMRC, one has to wonder how they ever let things get this bad.

Leon. I agree and share your scepticism. Sue Harris says that future stock will be paid cod or more like cash with order. HMRC is said t be already asking for immediate settlement of duty.

The 2009 accounts show that the average repayment time was 75 days.If you can't make a profit under those terms, how do you make a profit when you have to pay on the nail?