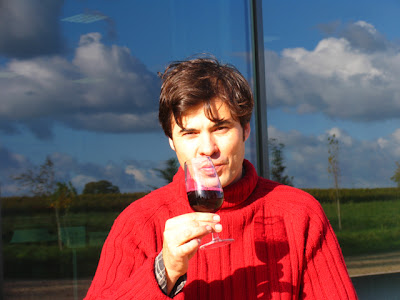 Jean-Martin Dutour in front of the Baudry-Dutour winery@Panzoult
42-year-old Jean-Martin Dutour (Baudry-Dutour) was elected the new president of Inter-Loire yesterday for a three year term at the organisation's AGM. Jean-Martin takes over from Patrice Laurendeau (Anjou). Jean-Martin is taking on a tough job as relations between the Loire négoce and the producers continue to be very poor. Last year the producers of Bourgueil signalled their determination to leave Interloire, the promotional body for producers in the Pays Nantais, Anjou-Saumur and Touraine.
With 120 hectares Baudry-Dutour is the largest individual producer in Chinon and is both a grower and a négociant. Jean-Martin will need considerable diplomatic skills if progress is to be made before Interloire's next general assembly in June 2011. 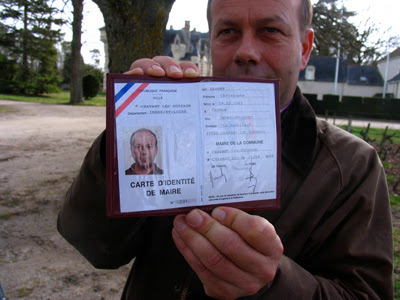 Already there is speculation that one of them may be a candidate for the 2017 French Presidential elections.