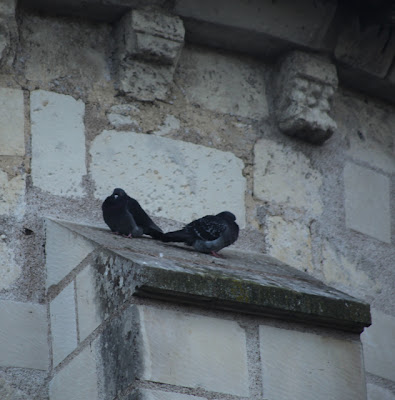 Two of the surviving pigeons seeking chilly sanctuary on the church: 17th December


Some 300 pigeons have recently been found dead in mysterious circumstances in the commune of Epeigné-les-Bois. Tests are being carried out by Le laboratoire toxicologique to find out what caused this pandemic. The most likely explanation appears to be that they ate seed that had been planted for next year's harvest, which was coated with a poison to deter crows from eating the seed*.


It seems likely that this will be one of the topics covered by Michel Mergot, maire of Epeigné, in his address to the citizens of Epeigné at the ceremonie des voeux for 2011.
Whatever the cause, the centre of Epeigné is now virtually free of pigeons.

* Amended (18th December): the tests have proved negative, although this does not rule out the possibility that the birds were poisoned. If this proves to be the case this naturally raises concerns about the seeds being used. 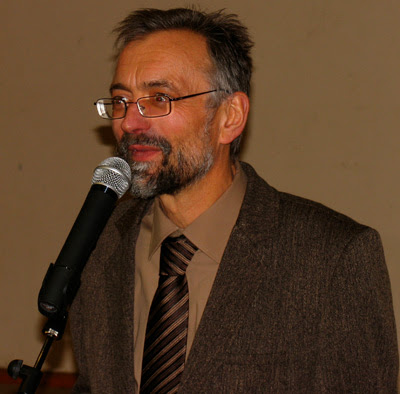 I agree Jean. Furthermore if the seed was the culprit what other birds or animals might have been killed by ingesting the seed. Also is the eventual harvest safe for human consumption?

I believe the lab results have come back negative, but that does not exclude poisoning by some means. Quite apart from the pigeons, it is appalling that corvids are targeted. All those rooks, crows and jackdaws you see on the ploughed fields are doing far more good than harm. They are mostly eating the leatherjackets that if allowed to proliferate will eat the crop roots and cause much more costly damage than the crows. This sort of wilful ignorance about natural processes on the part of some farmers makes me furious. The type of poisons used to treat the maize is toxic to both birds and mammals, so small mammals are at risk too.

The resident pigeons in our barn have also mysteriously disappeared. Whilst I don't mourn their loss on a personal level (pigeon poo over our front door is gross - but we could have dealt with them by closing up their roosting sites and moving them on), I suspect they have been poisoned.

PS I don't understand why you are allowed to poison corvids, but not ragondin.

Susan. You are right the tests have be negative on the subtances the lab was checking, although this finding does not totally rule out the possibility that the birds were poisoned.