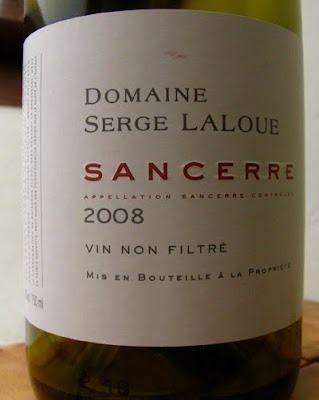 2008 Sancerre Rouge, Domaine Serge Laloue
Two reds (Pinot Noir) from the Central Vineyards tasting I did at the beginning of June: both from the 2008 vintage with one coming from Sancerre and the other from Menetou-Salon. The first was the medium weight Sancerre Rouge from Domaine Serge Laloue with bright attractive red fruits and red to drink now and probably best drunk young.  The fruit comes from vines around 25 years old with a yield of just over 40 hl/ha. 50% is aged in 600 litre barrels and 50% in vat. 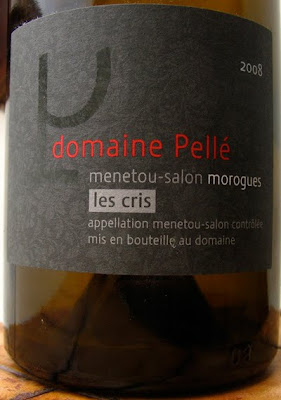 2008 Les Cris, Menetou-Salon, Domaine Pellé
The second, Les Cris, was from Domaine Henry Pellé and underlines this estate's claim to be considered the best estate of Menetou-Salon. The 2008 Les Cris has more concentration and complexity than the Laloue and, although it is enjoyable to drink now, will surely be better in two or three years time. Domaine Pellé now has 40 hectares and makes four reds: a straight Menetou-Salon, a Menetou-Salon Morogues (the commune where the domaine is based). Les Cris and, in 2000 and 2004, Z Coeur du Cris. Both Les Cris and Z Coeur du Cris are aged in barrel.
Posted by Jim's Loire at 14:09

Drinking the Pelle Menetou-Salon at the moment. I've searched long and hard for a wine like this, and am happy to see it on your blog. What a stunning wine. Cheers.