A trio of whites: a Muscadet, a Reuilly and a Menetou-Salon 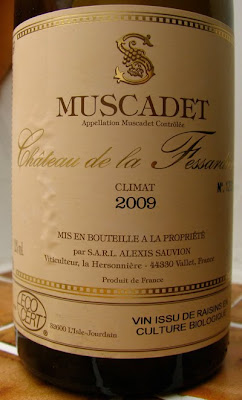 2009 Muscadet, Climat, Château de la Fessardière, Alexis Sauvion
I have to admit that I hadn't come across Alexis Sauvion of Château de la Fessardière before – Jean-Ernest Sauvion (now retired) and his nephew, Pierre, certainly but not Alexis. So I was delighted when Alexis' daughter offered to send me a sample of their Muscadet. They farm organically and have 27 hectares of vines.
We tried this Muscadet on Monday with some wonderful oysters bought in the market in Pauillac by our Médocian friends on Sunday morning. The lemony 2009 Climat worked well with these succulent oysters, although overall it lacked the depth and complexity of a really good Muscadet, although it certainly had the slight pétillance of a sur-lie at the back of the throat despite not having sur lie on the label. Perhaps with more time in bottle this will develop further complexity. 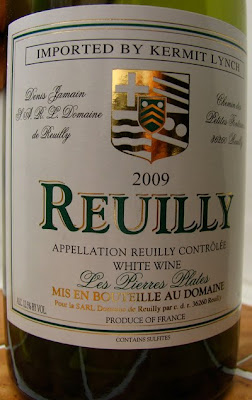 2009 Les Pierres Plates, Reuilly, Denis Jamain
The 2009 Les Pierres Plates from Denis Jamain is certainly very youthful and fresh with an attractive grassy, gooseberry and grapefruit character. Delicious to drink now as an apéro or with goats' cheese – we tried it with some crottin de Chavignol. The highly respected Kermit Lynch imports the Jamain wines into the USA. 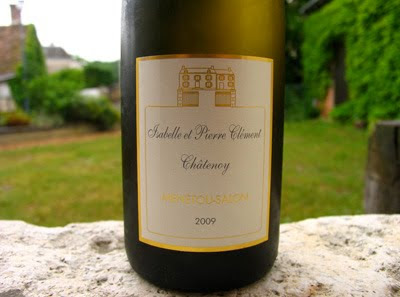