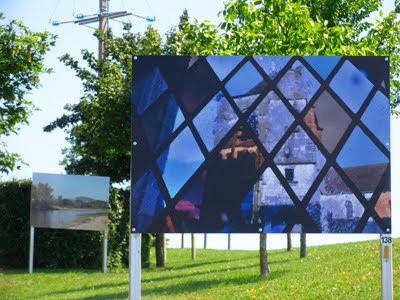 Some photos displayed near Sury-en-Vaux

Busy and very interesting afternoon@the Bureau du Centre tasting 2009s from the above three appellations. 2009 is not a classic year for Loire Sauvignon Blanc. There is at present less minerality and citric flavours than is customary and certainly in comparison to 2008 or 2007.

Curiously of the three appellations Pouilly-Fumé was perhaps the most successful overall, which was a considerable surprise as with certain exceptions I usually find PF a disappointing and underperforming appellation. This time having less concentration worked in their favour as many avoided the very ripe character of some of the Sancerres. Overall the Quincys had more of the citric character that one associates with Sauvignon Blanc. 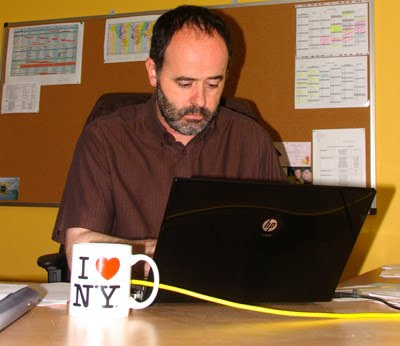 Benoît Roumet@work in his director's office
My thanks to Benoît Roumet and his team at the Bureau du Centre and, in particular, to Laetitia Izard who organised everything so efficiently. Many thanks also to the many vignerons who supplied samples for the tasting. 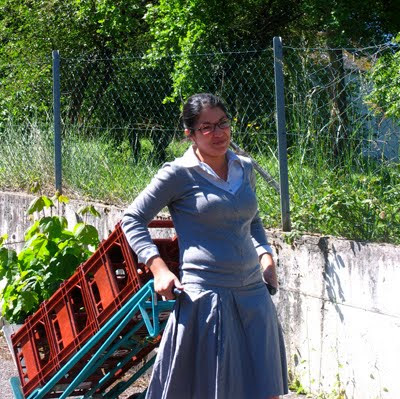 Laetitia dealing with the empties after the tasting
(More detailed postings to come on this tasting.)
Posted by Jim's Loire at 17:35