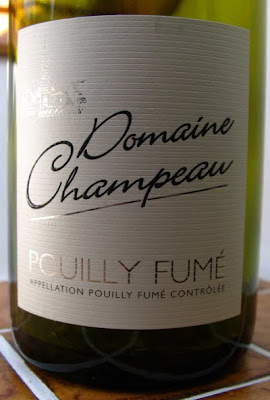 2008 Pouilly-Fumé, Domaine Champeau
We arranged to have an informal dinner (rien fancy) after the storytelling, so we bought a range of things from José Cruchet, a very good charcuterie in the centre of Montrichard, including a quiche aux poireaux and some jambon persillé plus various prepared salads.
For our apero we had the 2008 Pouilly-Fumé from Domaine Champeau (in Saint-Andelain) which was showing well with the medium weight typical of 2008 allied with mineral finish and ripe acidity.

2007 Brouilly VV, Muriel and Yvan Chavrier
At table we had two Gamays as a contrast – the 2007 Brouilly VV and 2008 Les Originelles from Robert Sérol. One of my friends was rather sniffy about the Brouilly finding it rather thin. Although it is quite light, I think it is a fairly successful effort from a difficult vintage. He had, however, been rather spoiled tasting Claude Papin's remarkable Anjou Gamays during a buying trip to the Layon and Saumur the day before. 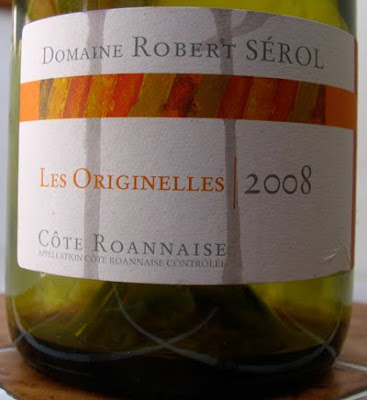 2008 Les Originelles, Côte Roannaise, Domaine Robert Sérol
My critical friend found this 2008 from Robert Sérol more to his taste. I have to say that this was certainly the more attractive wine with soft easy drinking fruit but then 2008 is the better vintage. Both Gamays showed, however, that they work very well this sort of informal spread. 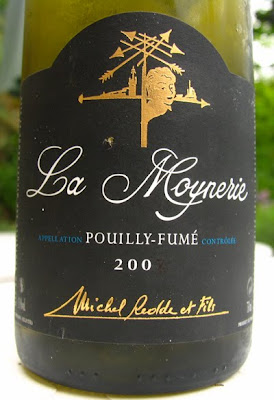 2007 La Moynerie, Pouilly Fumé, Michel Redde et Fils
With the cheese – a selection of crottins from Chavignol – we uncorked the 2007 La Moynerie from Michel Redde. This prestige cuvée was also showing well and again typical of its vintage with very clean, precise fruit and minerality – leaner than the 2008 Champeau but a fine foil with the cheese. 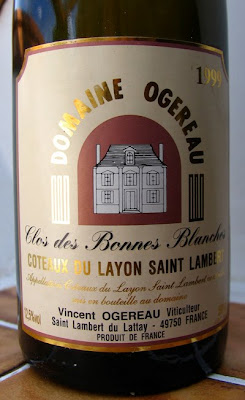 1999 Clos des Bonnes Blanches, Coteaux du Layon Saint-Lambert, Vincent Ogereau
To finish with the fruit salad and strawberry we had this 50cl bottle of Layon from Vincent's best vineyard and a cuvée that he and Catherine only make in good vintages. Lovely rich but delicate candied, apricot and honeyed fruit but with a freshness in the finish. Delicious!
Posted by Jim's Loire at 16:23