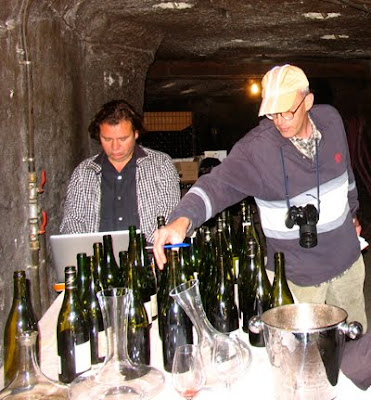 
My weekly posting on Les 5 du Vin concentrating on Didier and Catherine's organic vineyards.
http://www.les5duvin.com/article-une-valeur-sure-no2-52739743.html
Posted by Jim's Loire at 08:28

The CRB tasting was clearly a once-in-a-lifetime event Jim. I'm so disappointed not to have been able to attend, but thank you for the invitation all the same.

On the B Celce blog your are the star of the blog.. How wonderful was this CRB vertical tasting...Houawww
Did Moderation was with you?