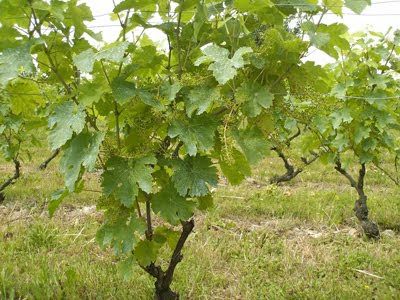 Vines@Clos Chossay end of June 2010
Mark reports:
'I spoke to Bruno Curassier (Domaine de la Grange, Bléré) on Saturday and the story of the 2010 flowering very much seems to depend on the parcels, some did fine – others were weather affected.*
At Chossay the results have been OK, some flowering was finished before the bad weather hit, some after. The Côt seems to have been the most affected, with smaller bunches on some of the vines. 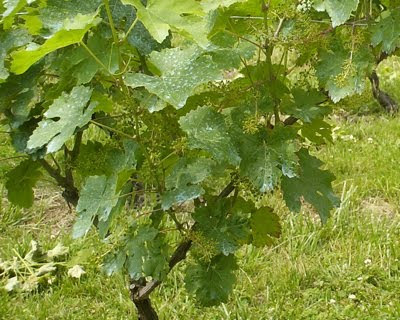 Big sortie of grapes in 2010
Apparently this is one of the varietals which suffers most from Coulure. Elsewhere all looks normal, as the attached pictures show. There was a very good “sortie” so some green harvesting may be required.

A very hot spell (31 C +) has just closed with a welcome light shower, thankfully no storms here – although the season has just started.

* Certainly much of the first half of June in eastern Touraine was cold and frequently damp. On 19th June it was only 11.5˚C at 11.30 am.

Mark Robertson is the owner of Clos Chossay, its chief viticulturalist and regisseur.
Posted by Jim's Loire at 20:02