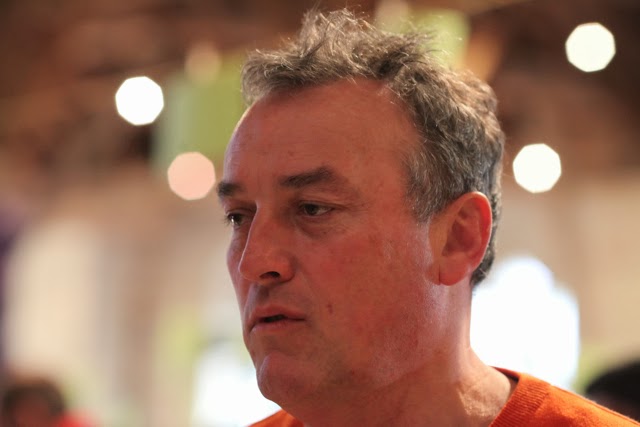 Emmanuel Giboulot has now appeared before the court in Dijon where the prosecution has asked for a fine of 1000€ with 500€ suspended. If granted there will presumably be conditions attached to the suspended 500€. The judge will be giving her verdict on Monday 7th April at 13.30.

Would the prosecution have asked for a more severe penalty if there had been such a show of support for Giboulot through the petition organised by the Institut pour la Protection de la Santé Naturelle with 481,746 signatures by 11.52 CET today? Not forgotting the thousand or so people who turned up in front of the court in support. 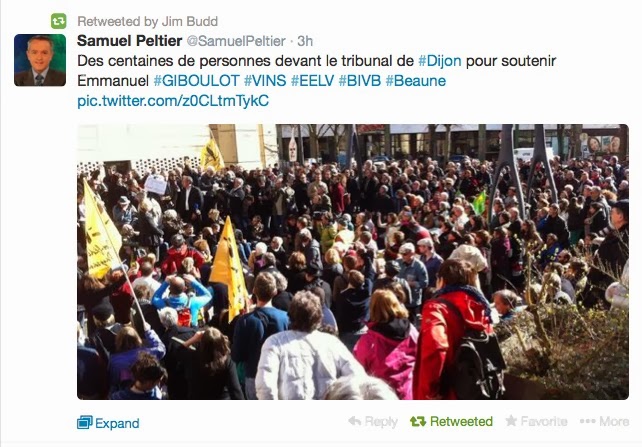 
The next vinous court appearance will be next week on Wednesay March 5th when Olivier Cousin will be up before the court at Angers on the 'Anjou Pur Breton' labelling charge. Cousin appeared in court on 2nd October 2013 but the trial was put back until a week on Wednesday. Will the prosecution be asking for a similar fine to that demanded in the case of Emmanuel Giboulot or will it be more substantial. I assume that similarly judgment won't actually be given that day but some weeks later.

Once again there will be a picnic in front of the Angers court house in the Place Leclerc from Noon. 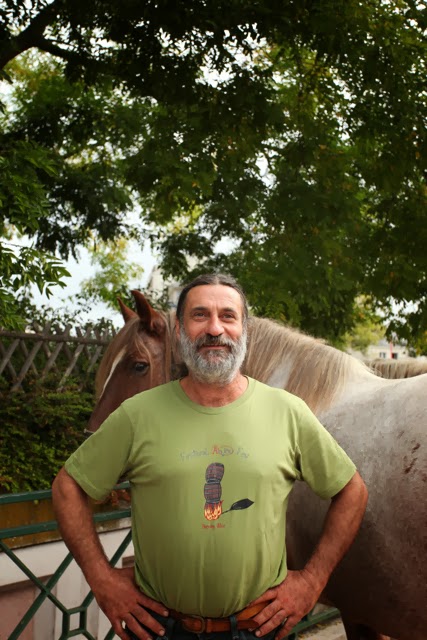 Olivier Cousin with one of his horses@Angers 2nd October 201 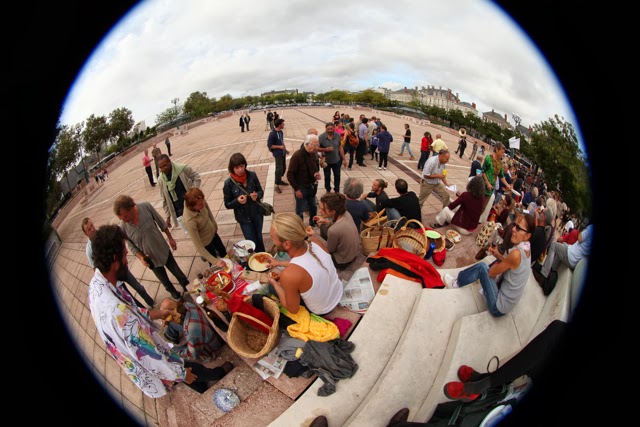 A couple of scenes from last October's picnic 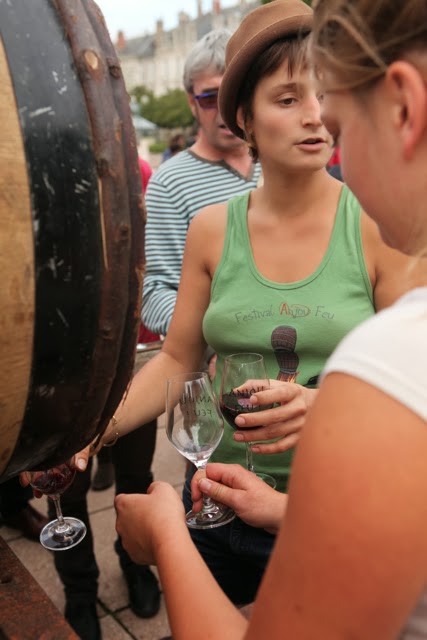 
Not 40,000 signatures but nearly 500,000!
There has been some comment about the inaccuracy of some wine blogs. However, it cannot be said that the traditional media where entirely accurate in their reporting of the petition in support of Emmanuel Giboulot. Both the Guardian and The Drinks Business got it well wrong:

The Guardian
'More than 41,000 supporters of Giboulot have signed a petition calling for the charges against him to be dropped, and dozens are expected to attend a picnic outside the court in Dijon on Monday.'

The Drinks Business 24th February, 2014
'His cause has elicited much support and an internet petition launched by l’Institut pour la Protection de la Santé Naturelle (IPSN), has already gained over 40,000 signatures.'

Yes a remarkable number of signatures in something like ten days. It is a pity they don't update their counter more regularly.