Over the next few days I hope to get time to catch up on the various tasting and shows I have been at recently including Millésime Bio, the Renaissance in Angers and the Salon des Vins de Loire. To start a couple of newcomers to the Salon: Aurélien Revillot (Bourgueil) and Clément Marchand (Domaine Marchand et Fils, Pouilly-Fumé). 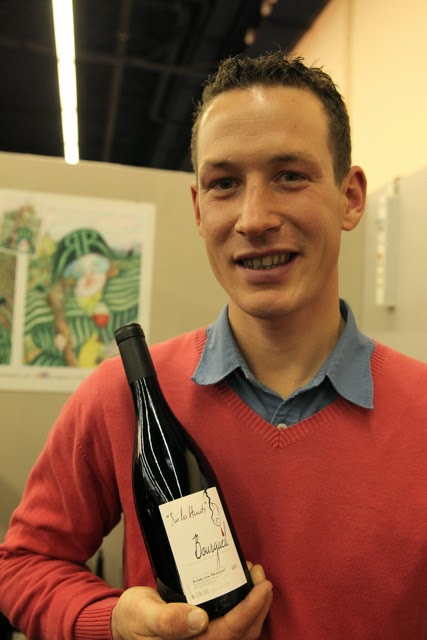 
Aurélien Revillot
Aurélien's weekday job is with Pierre, Stéphanie and Emmanuel Caslot at the Domaine de la Chevalerie in Restigné (AC Bourgueil). Outside these hours he has 2.3 hectares of vines also in AC Bourgueil. Aurélien's first vintage was in 2012. I tasted his Sur Les Hauts, which had an attractive ripe nose and sweet, softly textured fruit. Sur Les Hauts comes from vines planted on clay/limestone. He has one other cuvée but that is still in barrel.

A promising start and I fancy we will hear more of Aurélien Revillot in the future, especially as he comes from the Caslot stable! 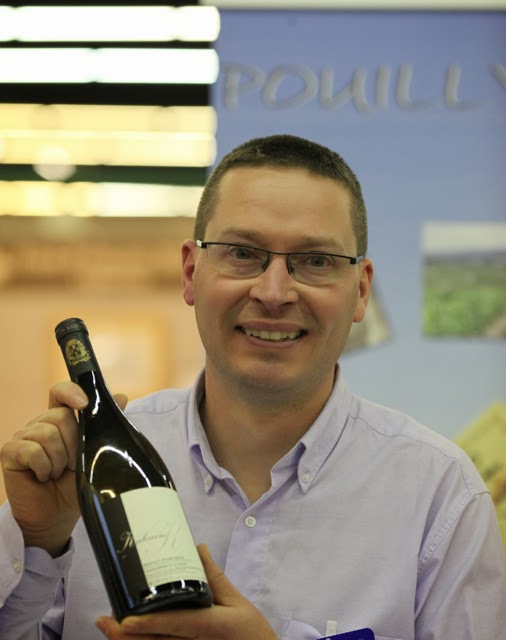 Clément Marchand
I first met Clément a number of years ago when he was involved with the Caves de Hauts Seyr (Coteaux Charitois) before it ran into financial difficulties and was bought by Alphonse Mellot. Although I believe this was the first time that Clément has exhibited at the Salon des Vins de Loire, he returned to take over the family domaine in Les Loges, Pouilly-sur-Loire in 2004.

Clément grabbed me right at the end of my session at the Salon on Tuesday. Unfortunately I only had time to taste very quickly, so when I'm next in Pouilly I will have to try to arrange to visit him. However, his unbottled 2013 Pouilly Fumé is quite rich as are most of the Sancerres and Pouillys I tried both at Millésime Bio and the Salon. As well as the domaine Pouilly-Fumé he has a range of cuvées reflecting the different soils.

I was pleased to hear that since his return Clément has phased out the use of weedkillers.