More excitement in Roannaise and Forez 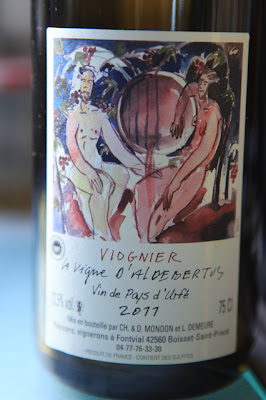 
Rather than starting with the reds from Forez and the Roannaise once again it is the quality of the whites that has really surprised me. Which is not to say that the reds are poor, it is just that the whites are particularly impressive and, for me, newsworthy. 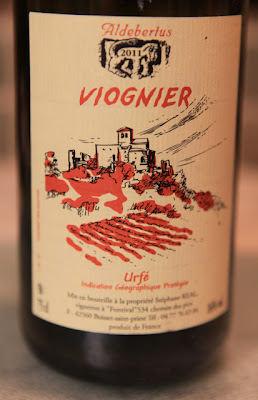 2011 Viognier Stéphane Real, Aldebertus, IGP Urfe
First vintage from these vines and a whopping 16% alc! Certainly rich, powerful - floral and apricot. Doesn't have hot flush but after a few sips you are aware that you are drinking something decidedly strong. Not sure what to do with this – a small apéro. Certainly the Viognier from Mondon-Demeure easier to drink and better balanced. However, impressive as a first attempt at Viognier from this small 5 hectare estate, which dates from 1998. 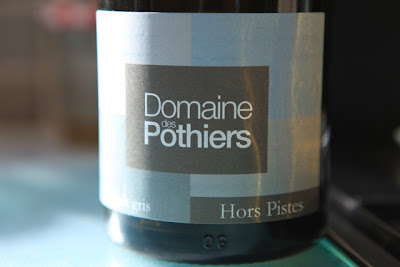 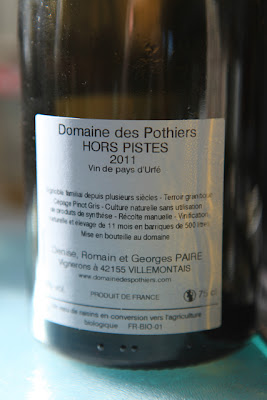 2011 Pinot Gris, Hors Pistes, Domaine des Pothiers
Good wine, if slightly two dimensional, with some rich weight and texture. Lightly spicy fruit but in the Pinot Gris style rather than Pinot Grigio. Makes an attractive apéro. Pothiers is a family domaine handed down over the centuries from generation to generation. It is now run by Georges, Denise and Romain Paire with some 10 hectares of vines.
The reds: 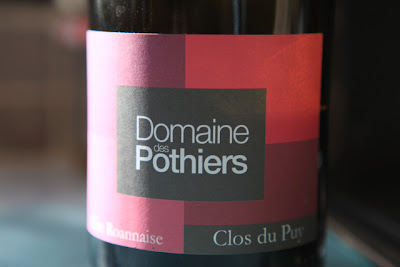 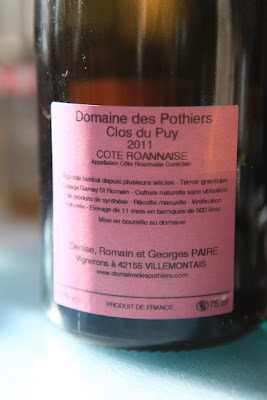 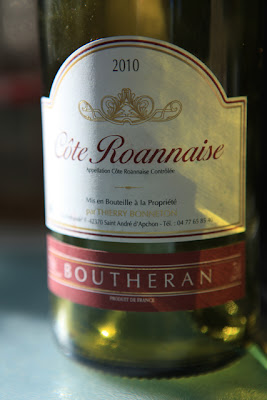 2010 Boutheran Côte Roannaise Thierry Bonneton
Initially quite soft and attractive red fruits but quite marked acidity present when drunk by itself. However, this acidity is well hidden with food. 5.50€ TTC from the domaine. 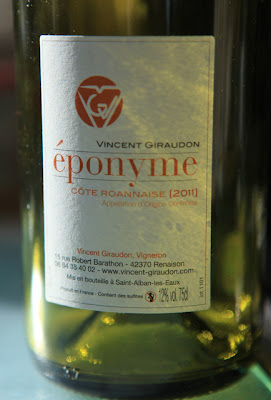 2011 éponyme, Côte Roannaise, Vincent Giraudon
Mid plum, mid-depth, attractively soft spice and typical Gamay slightly sooty which can be typical of Gamay. Some acidity just enough to encourage you to take another mouthful. Certainly not as aggressive as a few of these 2011s have been. Black fruited. Domaine's website is unnecessarily complicated. 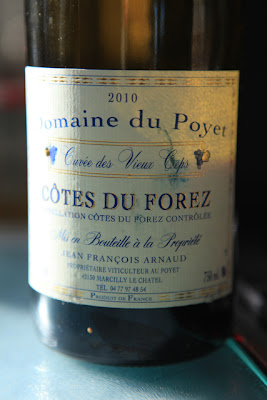 2010 Côtes de Forez Cuvée des Vieux Ceps, Domaine duPoyet
Different vintage (2010) but more rustic and earthy in style, although some attractive fruit, mid-weight. Interesting to see the increasing number of individual domaines in Forez. This one has nine hectares of vines – the vast majority Gamay but with a tiny amount of Chardonnay bottled under IGP Urfé. 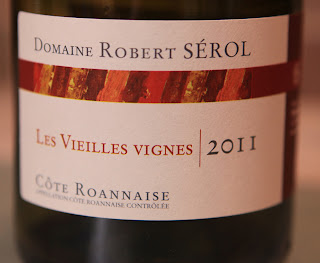 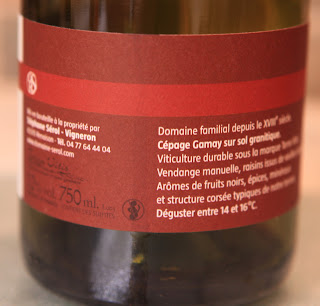 2011 Vieilles Vignes, Domaine Robert Sérol
Bright vibrant, red fruits with good refreshing acidity - not at all green. More delicious drinking from this fine domaine. Stood up well to food at the Lahore Kebab House – an excellent traditional Pakistani restaurant on Umberton Street/Commercial Road in East London. Not sure, however, that this is what Stéphane Sérol had in mind when he made this. Perhaps it's the acidity that helps it match the spice and pepper? 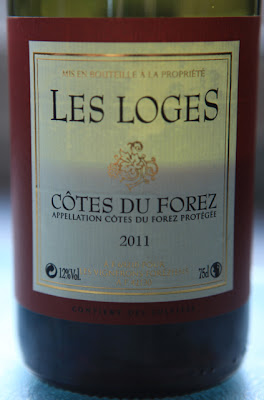 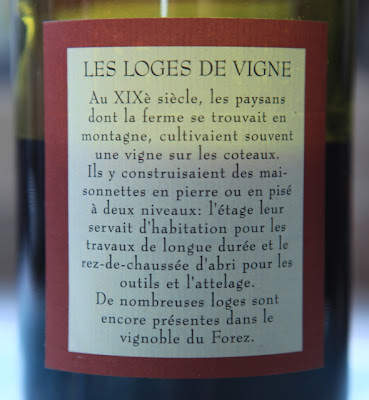 2011 Les Loges, Côtes du Forez, Les Vignerons Foreziens
From the Cave Coopérative with vibrant red fruits, light to mid-weight, some acidity but not as marked as some. Easy drinking from 45 hl/ha with a production of 13,300 bottles.

Les Loges is named after les loges de vignes that were built out of stone on the side of the steep hillsides. They had two floors – the upper level was living quarters, while the lower was used to store tools and carts, etc. 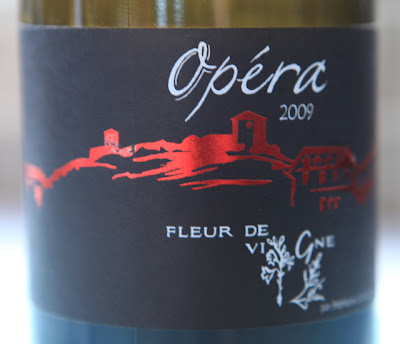 2009 Opera Fleur de Vigne, Stéphane Guillot
Impressively rich – of course 2009 was an exceptional vintage here just as it was in nearby Beaujolais. Lovely rich fruit, excellent concentration. Vivacious black fruits with enough acidity to encourage another sip or so. Excellent! Unfortunately Guillot was badly hit by hail in early August 2012. 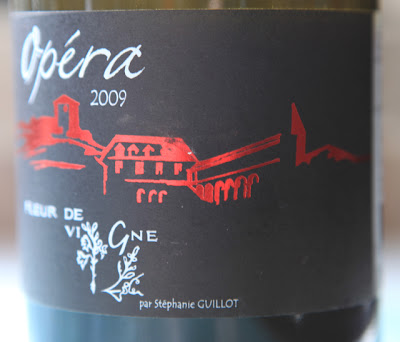