Montlouis to leave InterLoire in January 2014 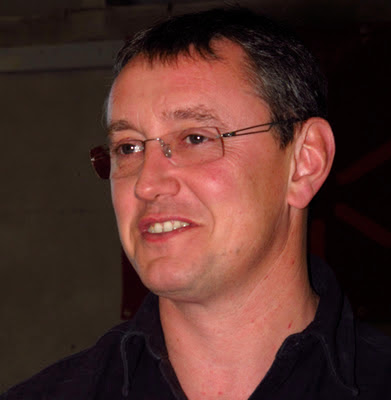 
Montlouis will leave InterLoire, the promotional and administrative body for Loire appellations between Nantes and Touraine in January 2014. Jim's Loire understands that Interloire will be informed of their intention to leave at the organisation's AGM on 18th December. A year's notice is required before the divorce becomes final.

This decision by Montlouis is hardly a surprise as discontent has been simmering for some time. Last January Chidaine, Montlouis' dynamic president, resigned acrimoniously from InterLoire's executive committee. Clearly the Montlouis producers feel that they are not getting value for money from Interloire. See also blog post on Chris Kissack's Wine Doctor here.

I understand that in a unanimous vote the Montlouis syndicat has mandated François Chidaine to leave InterLoire if a resolution to their complaints cannot be found. I suspect this is most unlikely to happen and that, rather than let things drag on another year until the 2013 InterLoire AGM, Montlouis will give its notice to quit at December's AGM.
Montlouis will become the third appellation to leave Interloire following Bourgueil, who left in January 2011, and Les Fiefs Vendéens, who are leaving in January 2013.  See article in La Nouvelle République.


I suspect that Montlouis leaving InterLoire will have a largely symbolic effect. It remains a small appellation, although losing one the Loire's most dynamic ACs must be a blow. InterLoire would really be in big trouble if Muscadet or Touraine decided to quit.

The article in La Nouvelle République mentions the tensions between InterLoire, which is said to focus too much on the large négociants and selling to supermarkets at low prices, while the Montlouis producers want to concentrate on the middle section of the market. It is difficult to see how this can be resolved easily – certainly the Loire needs the supermarkets if it is to sell the volume of wines made here.

At the end of the NR article Chidaine talks of possible links with Bourgueil. This would surely be sensible. If more appellations follow the example of Bourgueil, Fiefs Vendéens and now Montlouis, the need of the divorcees to work together will soon be clear. A host of individual appellations cannot promote themselves. It would be virtually impossible to organise press trips or large press tastings for magazines like La Revue du Vin de France if some 60 or more appellations have to be contacted.

New associations would be required and it is possible that small groupings may work better. I'm not aware of similar tensions exisiting in the Centre Loire between the appellations and BIVC (Bureau Interprofessionel des Vins du centre Loire). Clearly it does help that their is a healthy demand for these wines, especially from Sancerre and Menetou-Salon.