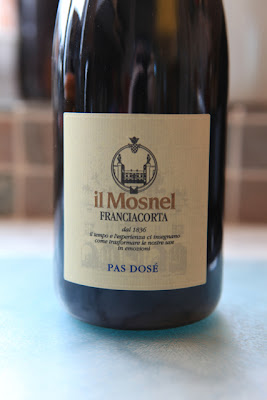 
Faced with a substantial family incursion yesterday, it seemed sensible to cook something that could be prepared in advance, so I opted for cooking a whole chicken in a sort of coq au vin style. I say sort of coq au vin style as it a variation on a theme rather than a classic French coq au vin as it included hot and sweet paprika, cumin and fenugreek seeds and a little lime pickle to give bite. It did, however, have lardons, onion and mushroom.

As an apéro we dug out the last two bottles of the Pas Dosé Franciacorta from Il Mosnel. Franciacorta hosted the EWBC conference last year in Brescia. The creamy Pas Dosé showed well with attractive fruit and not aggressive despite it being a brut zéro. 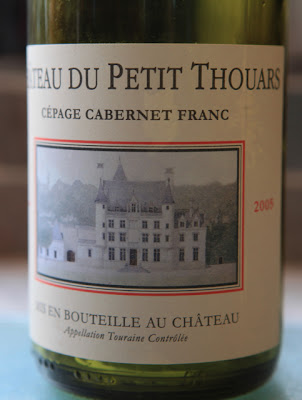 With the chicken I went for an old faithful: the 2005 Château du Petit Thouars, AC Touraine. 100% Cabernet Franc this had plenty of weight to stand up to the rich and spicy chicken and its sauce. Petit Thouars and a few other estates at the western extremity of Indre-et-Loire will soon be joining the Chinon appellation – well deserved.
Posted by Jim's Loire at 12:51