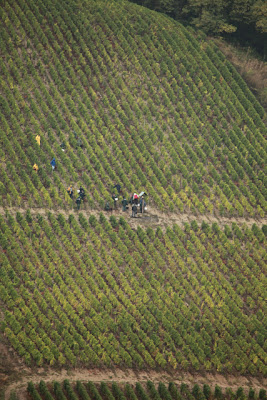 October 3rd 2012: picking on the steep slopes of the Cul de Beaujeu


The slopes around the little village of Chavignol are very steep. Les Monts Damnés to the north of the village are well known, while the Cul de Beaujeu is less well known but at least as steep. Yesterday there were two teams of pickers on the Cul. Given the steepness of the slope, it is clearly hard physical work, particularly for the hod carriers who have to continually climb up and down the slopes. 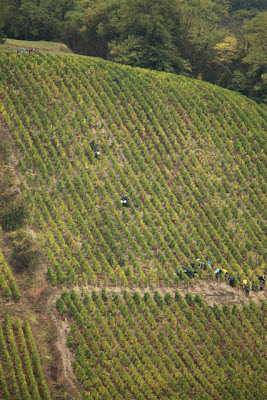 Pickers like ants on the steep slopes (above and below) 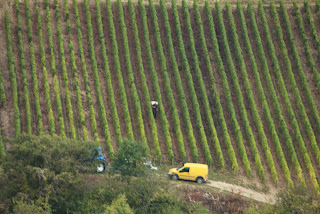 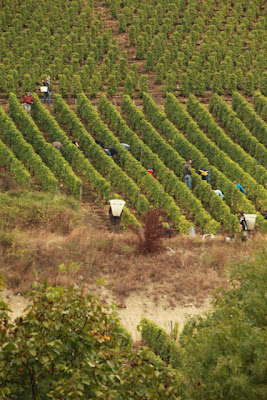 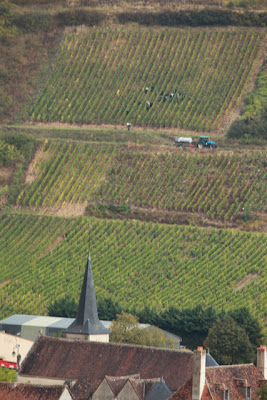 Team across on the equally steep Côte des Monts Damnés with Chavignol in foreground
Posted by Jim's Loire at 18:28

Going up and down that steep slope is definitely a job not to be taken lightly. But I know at the end of the day, these pickers feel satisfaction and contentment to be able to be productive on such a difficult task.

Thanks Yvette. I'm sure they do and they have my respect for this difficult and tiring work. Much easier to carry a camera and a notebook around. Jim

Jim, I'm researching into Cul de Beaujeu - why are wines made there seem to be higher regarded by the makers. Your photos surprised me. Is it true that such steep fields give nice vines?

Ken. I suggest that it is a combination of slope, exposure and being well drained terres blanches producing the longest lived Sancerres.

Thanks for the advice, I have a few bottles of aged Francis Cotat from the field and shall be watching out for more.