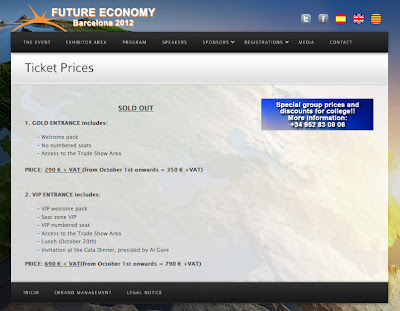 'Sold out' but apparently cancelled!

'Only just learnt that the Future Economy event's been cancelled'

I fear those who were looking forward to hearing Al Gore and Juan Verde, the International Co-Chair for the re-election campaign of President Barack Obama, at Pancho Campo's and Charade (aka Chrand) Management's hubristic Future Economy Barcelona 2012 will be disappointed. The conference has been cancelled even though the website claims that the event is sold out. 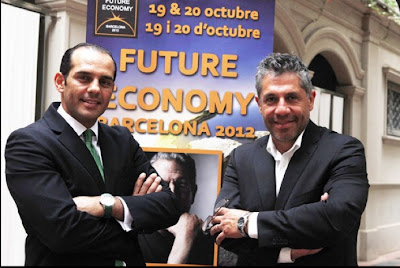 Could it be that Al Gore and Juan Verde have decided that Pancho Campo's history is just too spicy and savoury for prudent politicians? A conviction with prison sentence that still stands in Dubai allied with Campo's relationship to the truth that is as distant as Shetland is to London.

Although it would be eminently understandable if Gore and Verde decided to put distance between themselves and Campo, this is not the case as they will be speaking at Thinking Green in Gibraltar on Sunday 21st October. Chrand Management are involved in organising Thinking Green.

Instead the Future Economy Barcelona 2012 event was probably cancelled due to poor ticket sales, despite claims that it was 'sold out'. 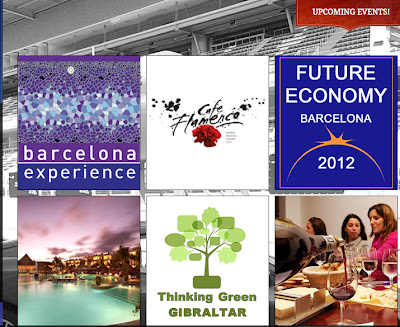 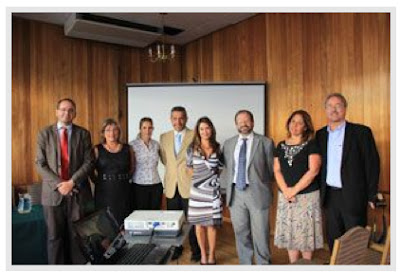 Pancho Campo@the press conference in Gibraltar (19th July 2012)
'Present at the press conference (19th July 2012) was Francisco Campo Director of Chrand; the company working with the Government organising the seminar, who was accompanied by Chrand’s Executive Director Paulina Campo and Business Manager Rony Bacqué.'  Read the rest of the report here

It now appears that Thinking Green is generating controversy:

'Public should be told Al Gore costs, says GSD
GSD spokesman for the Environment, Selwyn Figueras, has called on the Government to publish immediately and with priority the anticipated costs and details of funding for the Thinking Green conference, which is being held next weekend.'