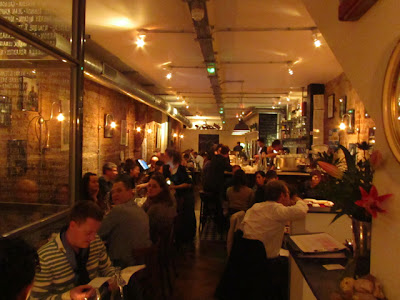 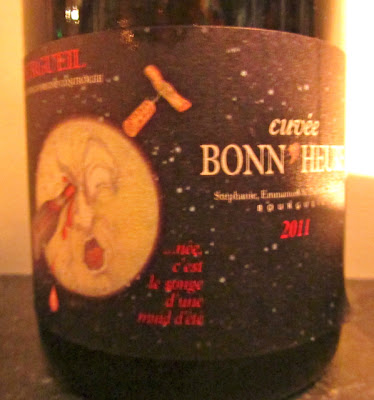 Last evening we finally got round to going to The Green Man & French Horn, although I had dropped in on the afternoon of their 'soft opening' on Monday 17th September. Almost immediately after this we headed off to the Loire to follow the vintage, so yesterday was the first time we could make it.

I should really have phoned a bit earlier to book because by Wednesday there were only very early tables left or one at 9.30pm. We opted for 9.30 and turned up around 9pm to have a drink at the bar. It was a pretty full Green Man but we managed to squeeze into some space by the door until our table was ready.

As we had already had a glass of Pinot Gris (IGP) from a producer in the Côte Roannaise at home, we went for a bottle of Domaine de la Chevalerie – 2011 cuvée Bonn' Heure (with the play on bonheur) from Bourgueil. We also ordered a plate of radishes and some rillettes to nibble on. Bonn' Heure truly was a bonheur with deliciously easy drinking red fruits.

Soon after we arrived Joseph Di Blasi, an American who lives in Poland, and has a website called Vinosseur.com, came up and introduced himself, handing me a glass of red to try. A blind test so soon after arrival! I managed to identify it correctly as a Pineau d'Aunis from Le Loir but mistakenly opted for Emile Hérédia instead of Jean-Pierre Robinot's 2010 Regard. 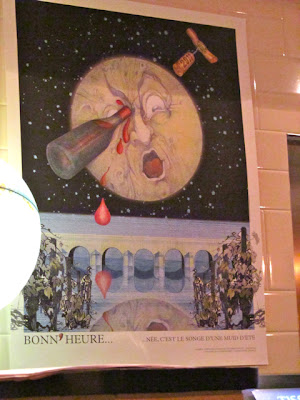 Bonn' Heure poster by the bar 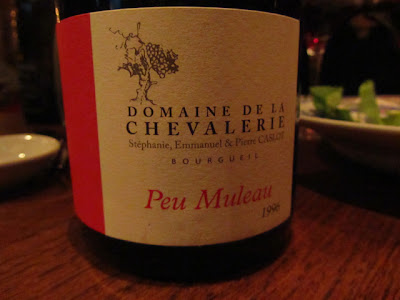 Once seated at our table it was time to choose another red. I hadn't planned to make it a Caslot evening but with the 1996 Peu Muleau at £34 it would have been rude to turn it down. Peu Muleau is not the most powerful of the Caslot cuvées but this delicate and fine 1996 was showing very well with some evolution and lovely, soft tannins – a reminder of how good the 1996 vintage is. It went very well with my generous partridge as well as CRM's blade of beef (jolly nice it was, too – CRM) as well our companion's black pudding. A selection of three cheeses and coffee rounded off an excellent evening. Good work by Ed Wilson and his team!

Great to see that The Green Man & French Horn is already busy and that people are having a chance to discover or rediscover how varied and good value wines from the Loire can be. 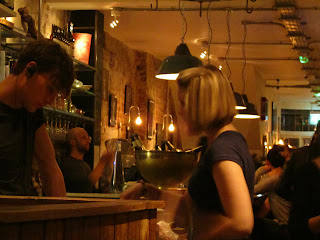 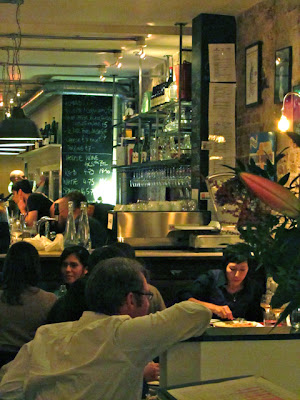 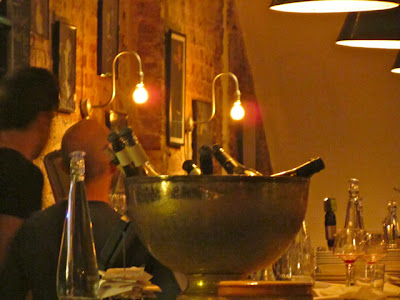 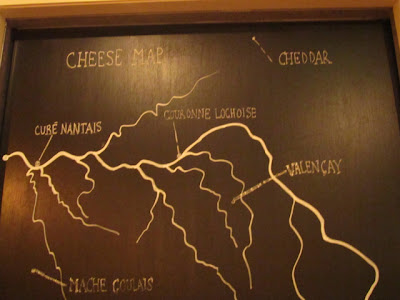 Map of Loire cheeses with Cheddar located somewhat to the north!