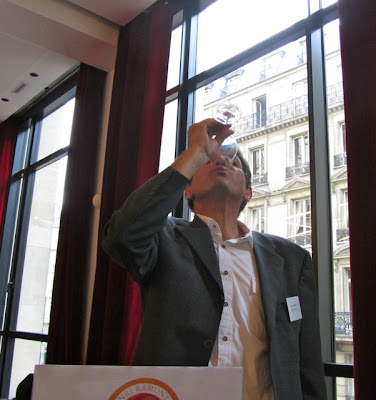 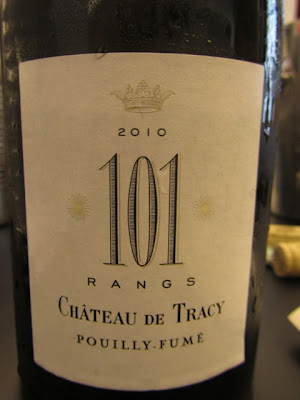 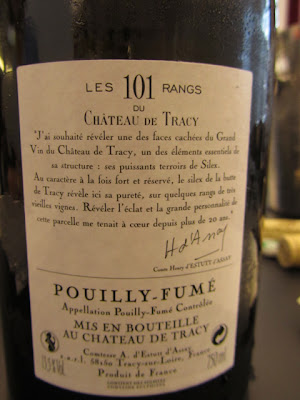 The group Vignoble & Signatures (Le Club des Grands Domaines) held a tasting on October 4th with each of the producers allowed to show three wines. Among the wines on show was the 101 Rangs, 2010 Puilly-Fumé from Château de Tracy. This is the first vintage of the companion cuvée to HD (Haute Densité). 101 Rangs comes from the flinty vineyard just adjacent to the château on the south side. HD comes from a vineyard at Bois Guibert planted on limestone.


The 101 has a very intriguing aroma floral and distinctly spicy, gooseberry and grapefruit with good, precise mineral length – a fine addition to the burgeoning Tracy range. 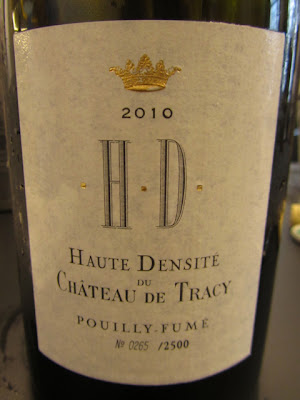 I gathered from Comte Henry d'Assay that the INAO has told him that he can't plant any more Haute Densité because at 17,000 vines per hectare this is way above the norm and the INAO is seeking to standardise planting densities across France. Henry explained that the instruction had come from a Parisian bureaucrat, who had never visited the vineyard or tasted the wine!