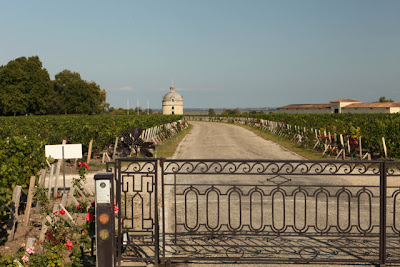 Château Latour
Dear Fabien Hyon
I am receiving an increasing number of emails from your clients who are concerned that they have not received their 2008 en primeurs that were initially due to be delivered to them in June 2011.
During our exchange of emails when I was researching my latest news story for Decanter you assured me that 1855 buy their wines en primeur and not once they have been bottled. If this is indeed the case why haven't all of your customers received their 2008 en primeurs please?
I look forward to hearing from you.
Three emails received in the last 24 hours:
Wednesday 26th October 2011
Hallo, I am waiting for 1 case Latour 2008, no answer at all, promised for June, 2011. I contacted Latour they should stop these fellows offering en primeur for Haut Brion Margaux, the first Rotschilds, and using same as publicity panel for prestige.
Best regards,
**
Wednesday 26th October 2011
Dear Sir,

Two years ago I ordered six bottles of Château Lafite Rothschild 2008. Since four months I have tried to contact 1855, I phoned and I sent e-mails.
The delivery was planned for June of this year and in July they told me the wines will be delivered in September. But I haven't received nothing yet.

I have ordered and pre paid 6 bottles of Bordeaux premier cru Primeurs 2008 in 2008.

The delivery was promised in June 2011, then postponed to July, September, then for sure October and now end of November.

I have send registered letter asking to credit the amount or to deliver within the week.

Again there was no reaction.

Please publish strong advise for the readers NOT TO ORDER at 1855.com

Thanks for your support preventing others to fall in the 1855 trap.

Regards,
Emeric Sauty de Chalon and Fabien Hyon are the senior 'management' team of 1855 (1855.com, 1855.con). Thierry Maincent was an administrateur and one of the directeur général délégués until he resigned his posts for personal reasons on 30th September 2010. Businessman and banker Jean-Pierre Meyers, who is on the boards of L'Oreal and Nestlé, is a long-term shareholder of 1855.

We are writing to you this email regarding your order of Futures 2008.

We are experiencing an important delay in the deliveries of Future Wines 2008. Deliveries should have start in June when they started in September instead. This caused the delay in the arrival on many references.

Your wine is currently by our suppliers'. We will be able to ship everything before the end of the year 2011, accordingly with our terms of agreement.

Please accept our apologizes for the inconvenience.
Best regards,