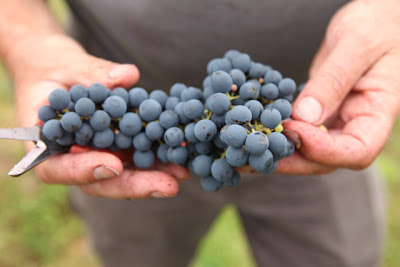 Bunch of Cabernet Franc
We dropped into Domaine de la Butte (Bourgueil) on Tuesday 20th September to see how the harvest was coming on. Jacky Blot declared himself happy with the harvest, which had started here the day before. Certainly the grapes looked clean with no sign of rot and sweet to taste. Looking at the photos you can that the ground was still quite damp. Jacky thought that the resulting wine would be lighter than those in 2009 and 2010.
Deciding when to pick is always a difficult decision to make and easy for journalists with the benefit of hindsight plus no capital investment etc. at risk to criticise. However, a number of the leading Chinon producers were holding off until the following week. On the other hand picking here in Bourgueil and, especially, in Saint-Nicolas-de-Bougueil appeared to be in advance of Chinon. Also the forecast this week and the next week was, at this time. looking uncertain. It was not yet clear that the last ten days and the first few days of October were going to be gloriously hot and dry with temperatures up to 32˚C.
It will be good to taste the young 2011 Bourgueils and try to guess whether this week was the right time to pick or whether waiting a week might have bought benefits. Thankfully I don't have to make these decisions. 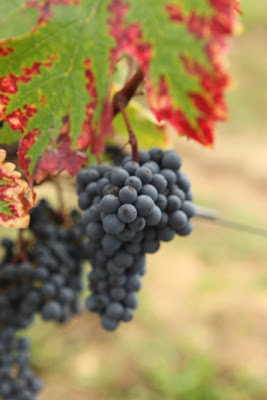 Cabernet Franc on La Butte – mi-pente (above and below) 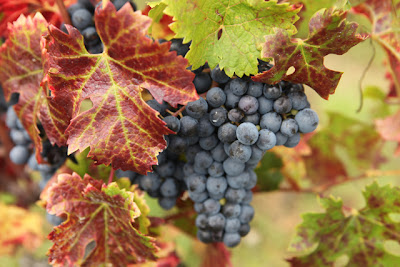 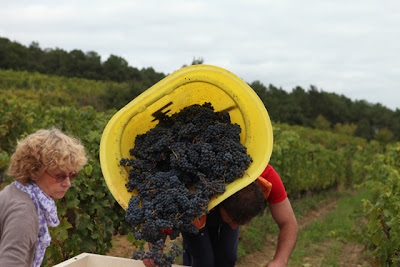 Grapes arriving at the sorting table 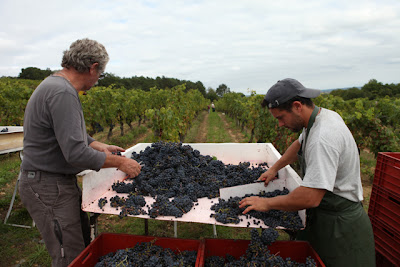 Jacky Blot@the sorting table (above and below) 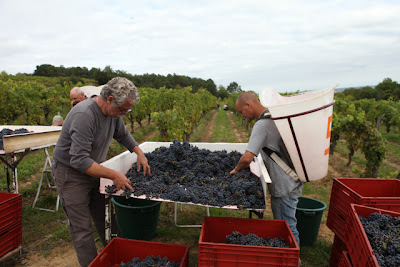 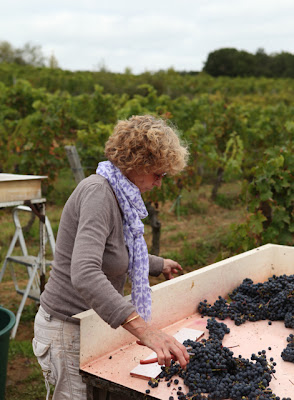 Joëlle Blot at work on the sorting table (above and below) 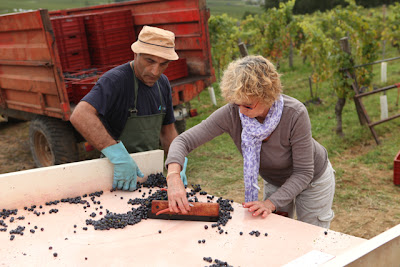 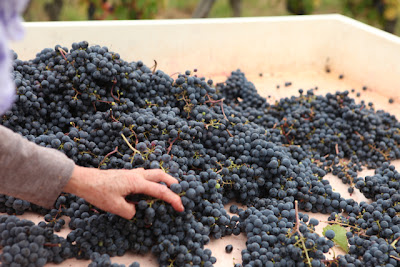 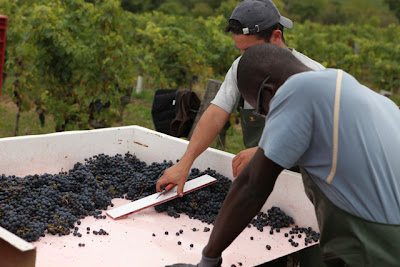 More scenes from the sorting table (above and below) 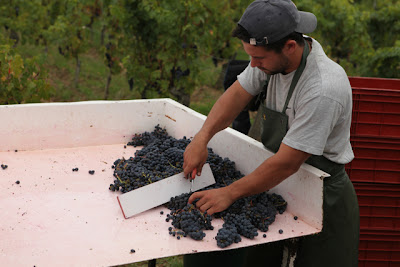 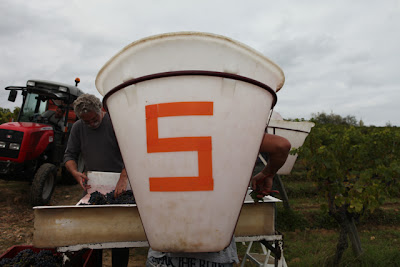 Hods rule! (above and below) 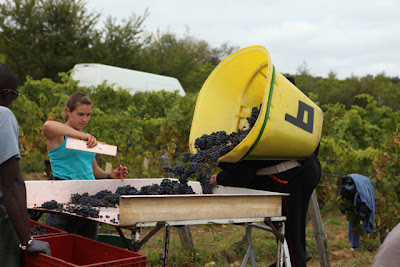 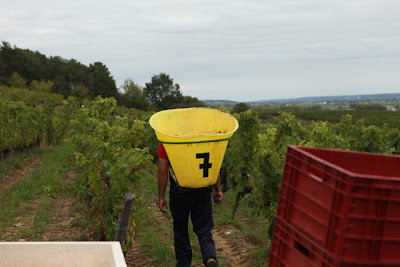 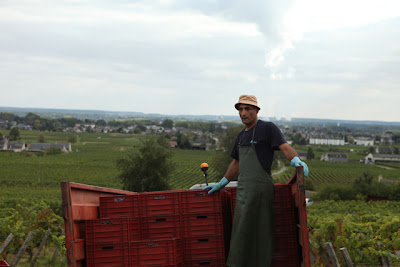 Another load of grapes – overlooking the gravel vineyards of Bourgueil 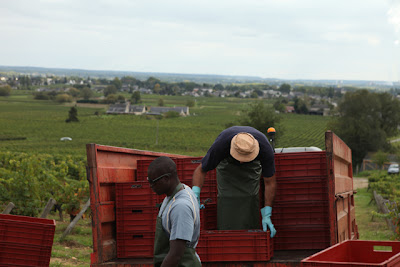 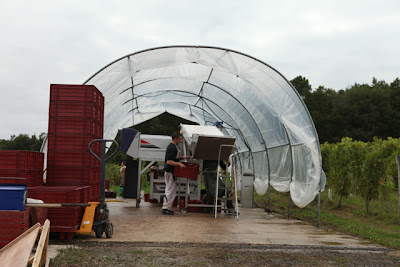 Grapes from here go straight down to the cellar below
Posted by Jim's Loire at 23:11