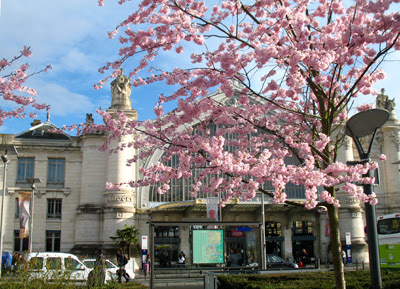 There was to be no victory for Mark Cavendish in this year’s Paris-Tours, which was won by Greg Van Avermaet (BMC). Van Avermat easily won the sprint from Marco Marcato, his breakaway companion, on the Avenue de Grammont.

Avermaet and Marcato broke away from a group of 21 riders, who had escaped from the peloton. They caught Arnaud Gerard, who had broken away with 15K to go, on the Côte de l’Epan at 7K from the finish. Kasper Klostergaard-Larsen of Saxo Bank was third with Ian Stannard fourth.
The peloton appeared to be disorganised and unable to mount an effective pursuit of the 21-strong escape group.
Posted by Jim's Loire at 07:04