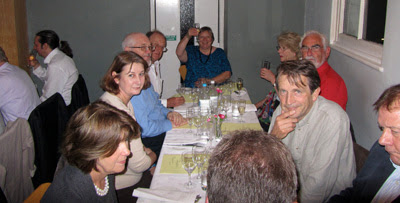 Cheers with a glass of Régis Neau's Crémant de Loire 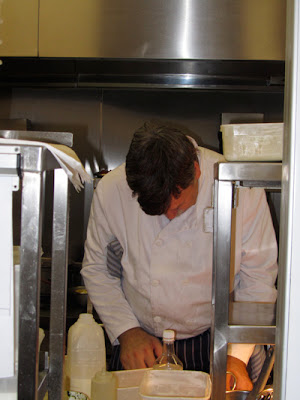 Ian Stabler keeping a customary low profile but certainly producing the goods
Aperitif:
Crémant de Loire, Domaine de Nerleux, Régis Neau
Régis is one of the producers we have worked with for many years. His softly delicious Crémant is 70% Chenin and 30% Chardonnay and spends two years on its lees.

1993 Montlouis Sec, Dominique Moyer
This was the big surprise of the night. Still very youthful, clean floral, buttery flavours with long, precise finish. Developed well in the glass. Was a fine match with the crab. 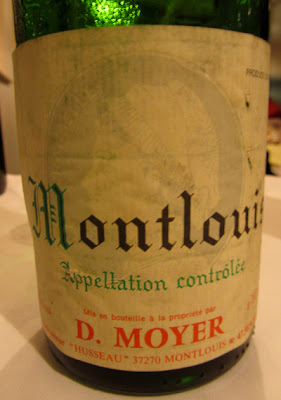 1998 Saumur Blanc, ‘Les Cormiers’ Jean-Pierre Chevallier
From one of our favourite Loire producers, this was more golden than the 1993 Montlouis and richer, fine but not the best match with the crab.

2004 Pouilly Fume ‘Pur Sang’ [Magnum] Didier Dagueneau
A sad reminder of how good a producer the late Didier Dagueneau was, this had lovely clean, precision and minerally length. A very good match with the crab. 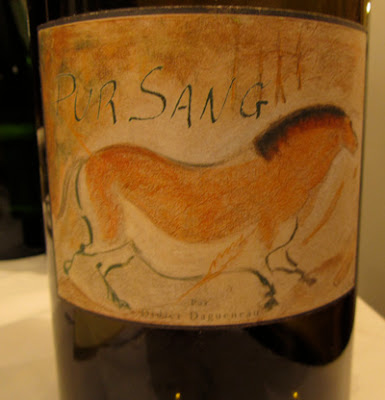 Interesting that all three whites come from what are often termed difficult vintages. This is a reminder that the best dry white Loires often come from the cooler summers. 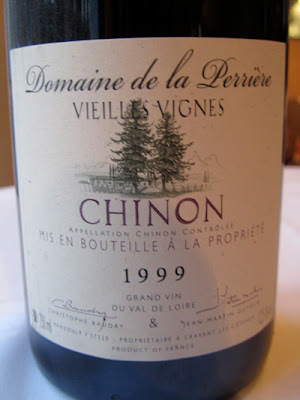 1989 Anjou Villages, Vincent Ogereau
In contrast to 1999, this was a very hot year – a glorious summer and autumn to celebrate the bicentennary of the French Revolution. This had richer fruit – leather, spice and fig.
Sancerre ‘La Perpétuelle’, Claude & Laurent Champault
This was a fascinating treat and probably the first time that La Perpétuelle has been drunk in the UK. This is made by the solera system, better known for its use in sherry. Claude and Laurent have just one 600 litre barrel of this wine, which they started in 1995 – filling it with 1995 red Sancerre (Pinot Noir). In 1996 they took a third out and bottled it, topping the barrel up with 1996 Sancerre red. Unlike in sherry they keep the barrel topped up to prevent oxidation. Just 280 bottles of this wine are produced a year. Our thanks to Claude and Laurent for their generous gift. 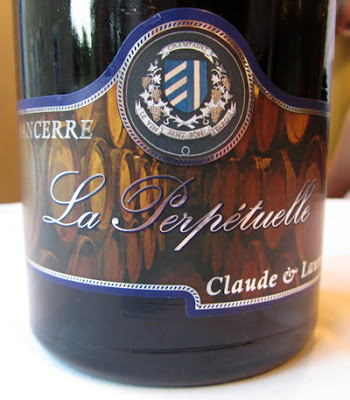 Gressingham duck breast & confit leg,
Hisby cabbage, carrots, boulangere potatoes
Red wine jus
Sweet wine:
9] 2005 Coteaux de l’Aubance ‘Grandpierre’, Domaine de Bablut, Christophe Daviau
Christophe is another producer we have worked with for many years. This sweet wine is richly citric,  with some luscious concentration and the mineral character that marks the single-vineyard, Grandpierre. Although it held its own reasonably well with the dessert, this is still probably best drunk on its own.
Apple & hazelnut torte

30 years in The Good Food Guide