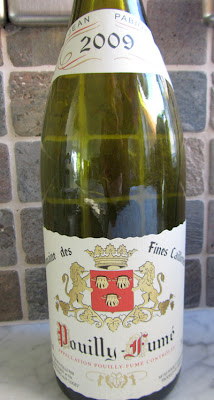 
The Jean Pabiot domaine is based in Les Loges and I think it is one of the most reliable of Pouilly-Fumé producers. The 2007 has already featured on a number of occasions on this blog. The 2009 is naturally richer and fuller than the 2007.  Apricot and peach are to the fore with the 2009 vintage.  Although it has enough acidity and doesn't have a tendency to be cloying as is the case with some 2009 Loire Sauvignons, it is best to serve this quite well chilled.
Posted by Jim's Loire at 10:32