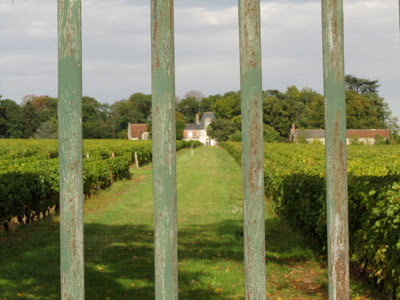 Clos du Château de Mosny
Picking in Montlouis and elsewhere in Touraine has continued into the weekend to get the majority of the crop in now as quickly as possible. Montlouis and Vouvray will produce mainly sparkling and dry wines this year. I would be surprised if there is very much demi-sec made and there will be even less moelleux.
Jacky Blot has added another 20 hectares to his Montlouis holding. After the harvest he will take over 12 hectares in the historic Clos du Mosny vineyard, which is on the road between Saint-Martin-Le-Beau and Montlouis. He has also acquired more of the Clos Michet, which from the 2009 vintage will be released as a single vineyard Montlouis (14€ a bottle for the 2009). 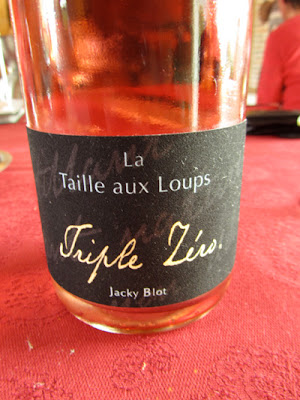 Triple Zéro Rosé from 2011
Jacky will be releasing a Triple Zéro Rosé (AC Touraine) next year. The blend for this pétillant is roughly 50% Grolleau and 50% Gamay. Like the white it will have no added sugar with natural yeasts used for the first fermentation with an addition of cultured yeasts for the secondary fermentation. 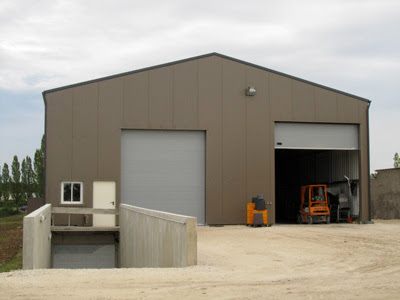 We dropped by La Grange Tiphaine. There appeared to be no-one around but it gave me an opportunity to see the brand new chai.
Posted by Jim's Loire at 09:54