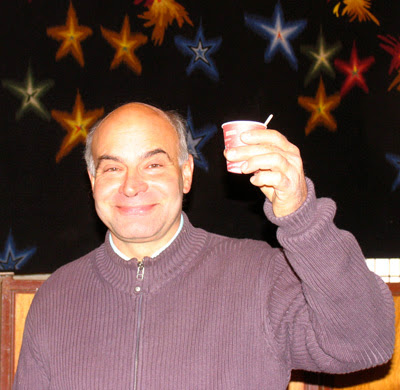 I'm always delighted to receive newsletters from Mark Angeli and especially delighted to receive the October edition entitled – 2010, le virage – as son Martial has now joined Mark. Consequently the domaine now has an email address and the newsletter exhibits signs that the internet has been consulted*. I'm hopeful that in time Martial will be able to persuade Mark to start a blog or set up an internet site so that his thoughts and ideas can be spread more widely.
No date, I understand, has yet been given for the release of the new cuvée provisionally called Martial Lore.
Email: martial.angeli@gmail.com

So far no email address for Mark so you will have to continue to send him snail mail, pigeons or smoke signals:
La Ferme de la Sansonnière
49380 Thouarcé
Tel/fax: 02.41.54.08.08

* I have sent an email to Martial, so the true test will be if I get a response.

As well as producers from the Loire there will be representatives from many parts of France including Corsica plus Spain and Italy. Hours are from 10am to 8pm each day.


There will be a Nicolas Joly conference starting at 2pm on the Sunday. 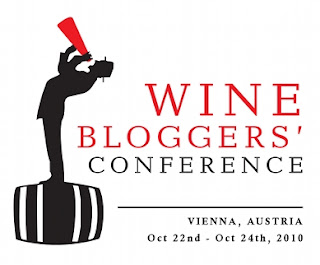 With the Third Wine Blaggers' Conference being held in Vienna on Friday and Saturday I have written a piece on blogging for Les 5 du Vin.


**
2009 Sancerre, Michel Girard
On my way to the Crown Court in St Albans this morning to hear more of the wine investment fraud case involving the Bordeaux Wine Trading Company, International Wine Commodities and Templar Vintners I passed Grapeland. Although I didn't have time to drop in I did not that they have the 2009 Sancerre Blanc from Michel Girard. This was one of my stand out wines in the tasting I did at the Bureau du Centre in early June. Am checking the price but I think it was £12.99.
109 Victoria Street, St Albans.