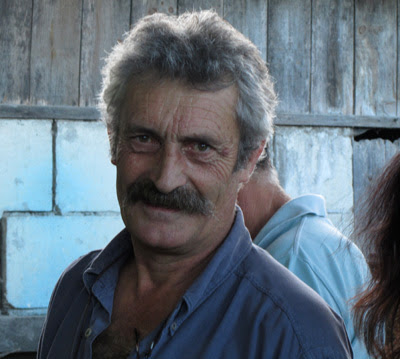 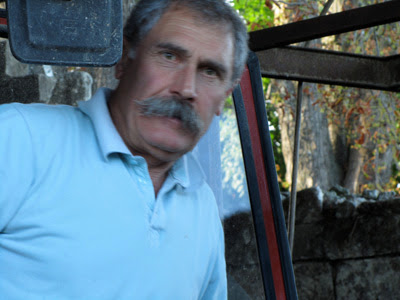 
After a fine lunch at Le Pot de Lapin we headed out into the vineyards. First we had a quick word with Jean-Pierre Chevallier (Château de Villeneuve) before he rushed off with fresh supplies of water for his pickers, who were picking in a vineyard at Dampierre. JP was worried about potential rot. He gave us rapid instructions on where to find him in the vines but although we tried to locate him and his picking team we failed miserably. Insread we headed off the Chaintres to see Richard Desouche. 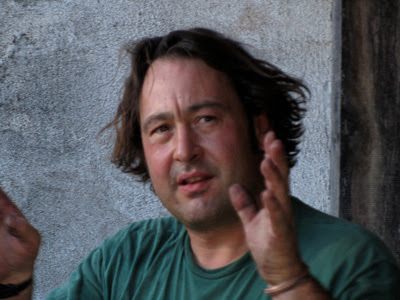 Despite complaining about the recent rain – some 50mm over the past week or so – and the difficulties of retaining pickers, Richard seemed reasoanbly happy. They were picking Cabernet Franc in the Clos of Chaintres, which was coming in between 12.5%-13% potential. The Chenin Blanc had already been picked with a potential of between 13.5%-13.7% and acidity of 6.2-6.3. It would be fermented in barriques (or pieces) from Burgundy. 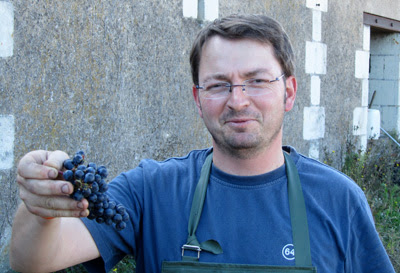 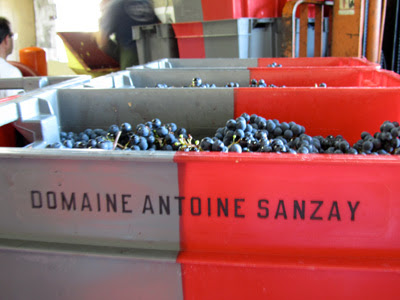 Next just down the road to Varrains to see a very happy Antoine Sanzay, who was processing some very clean looking hand-picked Cabernet Franc.  Antoine appears to be on his way to becoming a media star as there was a film maker in attendance, Jérôme Paressant who has already made a couple of short films starring Antoine and is now making another. Click here: www.vimeo.com/jeromeparessant 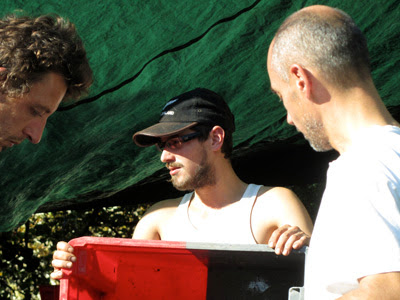 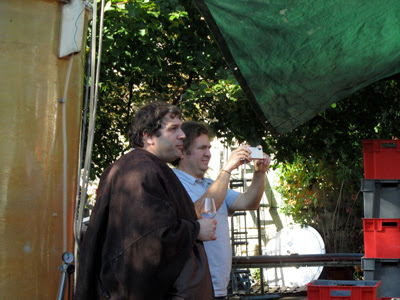 Two 'grands fromages' in the vineyards: Antoine Gerbelle and a colleague from Revue du Vin de France
From Antoine at Varrains to Chacé with a first stop to see Antoine Foucault to be greeted by rude remarks by Antoine Gerbelle, long-time writer with La Revue du Vin de France, who was enjoying a glass of Antoine's Saumur Rouge while checking out the 2010 Loire vintage. Antoine and his team were also busy sorting hand picked Cabernet Franc that, once destemmed, dropped straight down a large tube into the vat in his amazing cellar below. The cellar was excavated in the 11th-12th century and formed part of a whole network of cellars and tunnels that led all the way to Saumur, where another network apparently carried onto Fontrevaud.

We concluded our day with a last quick visit to see Antoine's dad, Charly and his uncle, Nady, at Clos Rougeard where the last grapes of the day were being checked over and the picking team relaxing with a glass or two of something reviving. Both were happy with the quality. "We picked  on Thursday and Friday of last week," said Nady. Then after the rain of Monday we picked Les Poyeux on Tuesday and Le Bourg on Wednesday. We should finish by Saturday morning. The Cabernet is at 13+ alc, 5.9 acidity and 3.15 ph."
Posted by Jim's Loire at 06:04