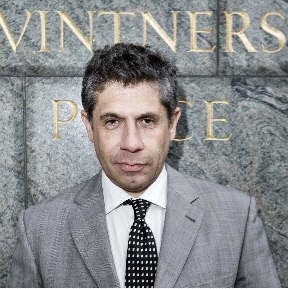 Following the news (21st July 2010) that Pancho Campo's name had been removed from list of fugitives on the Interpol website I sought clarification from Campo about the current status of his conviction in Dubai in June 2003.
I received the following reply (22nd July 2010):
'Pancho, his wife and children left yesterday evening for their summer holidays overseas.
Also, The Wine Academy closes for the summer vacation until September the 1st.
I shall forward your email to the lawyer of the Butler family who will be handling all matters related to the case.

Paulina Campo-Bacque
Executive Director'
I sent (22nd July) some questions to be forwarded to the lawyer:
I would be very grateful if you would pass on the following three questions to the Butler family lawyer who is handling these matters.

A) Why did Interpol remove Pancho Campo MW's name from the Interpol wanted list? What evidence was provided that persuaded the authorities that his name should be removed?
B) What is current status of Campo's conviction in Dubai on 1st June 2003 for breach of trust/fraud and sentence to a year in prison. Has this conviction been quashed or set aside or does it still stand?

C) Are there any further legal cases involving Pancho Campo MW in the United Arab Emirates?

Alternatively could you let me have a name and contact details, including an email address, for the Butler family lawyer please?


To date I have received no response.
*
Detained in Dubai

The Pancho Campo case features on this site, which claims that the issuing of a red notice for Pancho Campo was as a result of a 'UAE Interpol Blunder'.

I have asked Interpol to comment.
Posted by Jim's Loire at 08:59

And it took oner whole year for Interpol to realise this blunder? I say, a likely story. I suspect this is more the result of negotiation...
Anyway, the Dubai judgment is still valid, or no. Jancis Robinson, who seems to rejoice, does not clearly explain this on her blog.

You have to realize that it is in Jancis best interest to post the notice on her website. She was one of Pancho mentors for his MW and she was one of the paid guest speakers at his Winefuture Rioja 2009 event.