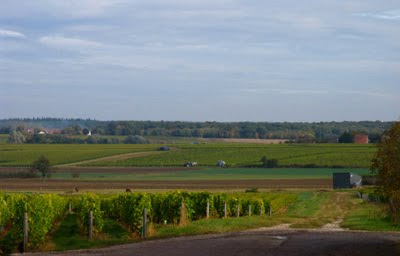 View of the vineyards from Les Berthiers, Pouilly-sur-Loire
My apologies I had meant to get the results of the two day tasting at the offices of the Bureau du Centre at the beginning of June earlier but various things have intervened.

I have often been critical of the overall quality of Pouilly-Fumé. However, on this occasion they showed pretty well and were more homogeneous than those from neighbouring Sancerre, where in a number of instances lacked freshness probably due to high alcohol levels brought about in part by the small yields following the succession of hail storms. The best of the 2009 Pouilly-Fumés had a fine balance of ripe fruit and refreshing acidity. 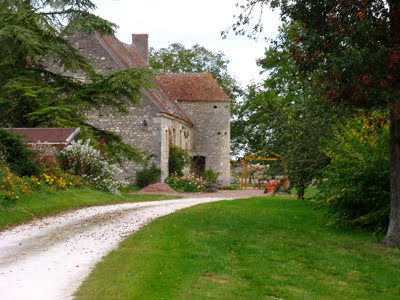 The top wine:
I had one clear favourite: Château de Favray from Quentin David. This stood clear of all the rest from the appellation. One of the people who joined me for the tasting was Mathilde David, the daughter of Quentin who was doing a stage at the Bureau du Centre. All the wines were tasted blind so it was a good surprise when the wine's identity was revealed. The 2009 Favray has attractive grassy aromas, ripe yellow plum flavours, good weight and a lovely balance which really makes the wine. 54 hl/ha was the yield for this wine with the grapes being picked by machine. Given the cleanness of the fruit in the 2009 vintage. 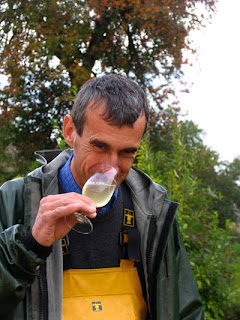 Jim, I'm surprised that there are no wines from the Caillebourdin vineyard and winery on the list. Have you ever tasted any of his wines. They are superbe!

Martine. I have tasted Alain's wines on a number of occasions and know him quite well. I liked his wines when I tasted them in London in April.

There were a couple of Alain's wines in this tasting, which was done blind, and I have only listed those wines that I found showed well on the day.

There is no doubt that Alain is a well respected producer.