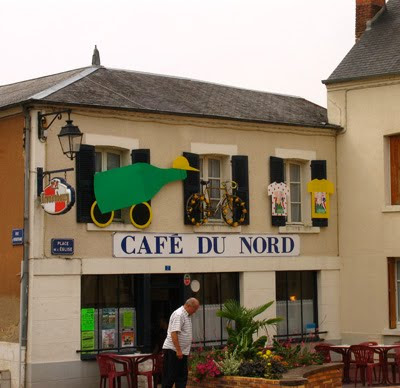 With an amazing turn of speed Mark Cavendish destroyed his opposition on the Champs de l'Elysée this afternoon. As soon as Mark started his sprint he left the rest for dead and won once again by several bike lengths. This brings his stage victories in this edition of Le Tour to five and a remarkable 15 stage victories in total, so 13th in the list of all time Tour stage victories. Now just one behind the great Belgian sprinter, Freddy Maertens. Two more stages and Mark Cavendish will be in 8th position – see next post.

Unfortunately his poor start to the Tour cost him the Green Jersey, which as I predicted was won by Petacchi. Contador, of course, won overall with Andy Schleck as the best young rider and Antony Charteau winning the polka dot Mountains Jersey.
Posted by Jim's Loire at 22:57