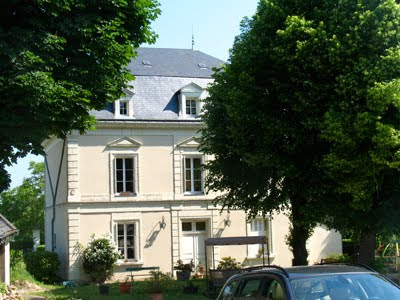 As promised a further posting arising from Jonathan Nossiter's Liquid Memory sparked by his comments on Charles Joguet and brands.
'So why was I so anxious? Because the potential drama that underlies Yvonne's estate had already been played out for real with Joguet. Without any children to take over, and deeply in debt, Joguet had sold the winery in 1997. The name of a vigneron who represented the apogee of artistic individuality had become reduced to a brand when the new owners kept the name. When I recently spotted a young man in a Tokyo wine shop with a bottle of 2002 Joguet in his hand, I thought, "Another innocent victim, ten thousand miles away." The wine drinkers across the globe, from Paris to New York to Tokyo, who now buy the wines of "Charles" are in fact buying nothing more than the branded representation of the artisan, an increasingly common problem in every facet of life.'

Did Nossiter seriously imagine that those who bought the Charles Joguet estate would immediately change its name? Charles' name and reputation would have added considerably to the value of the estate, which already had some very good parcels of vines. Surely under Charles' tutelage 'Charles Joguet' was already a brand – albeit a very good one.

Nossiter continues: 'However, it is important to point out that having tasted them numerous times, I wouldn't say that the wines now labeled "Joguet" are bad. But without the touch of the artisan-artist, the Joguet Chinons have become banal. Which may be more dangerous.'

I'm not surprised that Liquid Memory has enraged some reviewers, notably Mike Steinberger in Slate (30th October 2009) in a post entitled In Vino Pompousness.

If their Petites Roches 2006 is any example (far from their 'most prestigious'; nor from 'the best year'), I don't think today's maison Joguet has much to worry about (..in my opinion..). It seems value and quality and in a bottle.

quite - I am just thinking of the number of times Bordeaux chateaux change hands - which given the rules about adding hectares to the estate can surely not be described as anything other than a brand (even if one that has significant implications of terroir).

And too (to pick up another of your points), this is part of what the purchaser is apying for. It is known as goodwill, is well known in UK/US law and is very important to enable the owner who has built a business up to get the true value on sale,

Thanks Graham I'm not surprised that this book has had a severe critical bashing in some quarters.

The point Nossiter may have been making, and with which I'd be inclined to agree, is that most purchasers wouldn't know that Charles Joguet had nothing whatsoever to do with the wines being sold today, and that any reputation he may have had for making wines of character just aren't relevant to what's inside today's bottles. One wouldn't append a retired artist's name to a new painting or book; Liquid Memory posits that wine should, according to Nossiter, be treated more like art than as a purely commercial product.

Aon: 'One wouldn't append a retired artist's name to a new painting or book'

Agreed but the analogy is by no means exact.