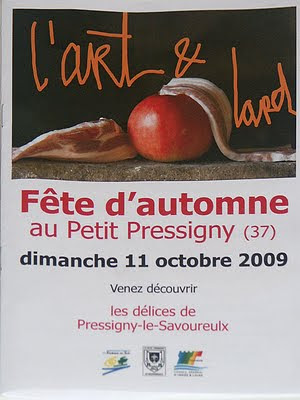 The small commune of le Petit-Pressigny in southern Touraine holds the second edition of its l'art et lard festival – a combination of good things to eat and some 20 artists, including painters, potters, photographers and sculpturers. There is also a fishing contest – trout – for children starting at 10am. From 2pm-3pm there is an apple tart competition in the Salle des Fêtes. It's possible to have lunch and dinner at the festival with a special menu – L'art et lard. The festival starts at 10am this morning and runs until 6pm. 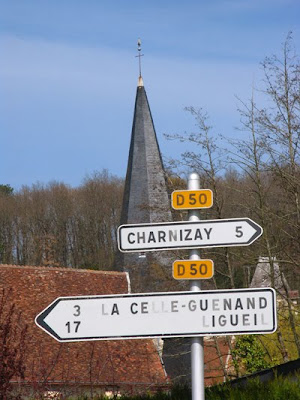 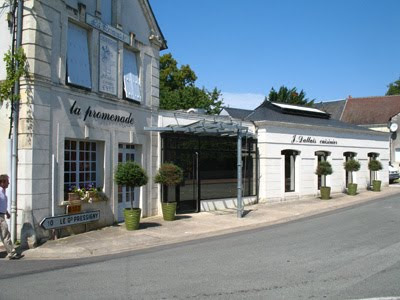 Monday 12th October 2009
Report on the event on Days on the Claise site here.

Jim, how long a drive is La Promenade from Chinon? I simply have to eat at this place.

Bob. 67k from the centre of Chinon, so around an hour away makes lunch the best bet.

Bob. Have you sorted out dates in June when you will be in the Loire in 2010?

Not yet Jim, waiting to hear from Tim York who is in Italy right now.

Bob can you let me have your email address please?