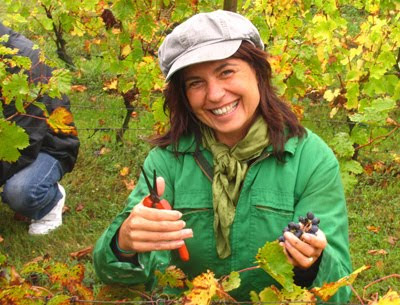 Lydia: smiles despite the light rain this morning
Les vendanges des amis can be great fun but they lack a little of flexibility possible with a professional picking team. The day has to be fixed some time in advance to ensure that the team of friends is available and a tempting lunch prepared, which rather rules out picking during the afternoon on a full stomach and the odd glass of wine. In an ideal world picking the Cabernet Franc at Clos Chossay (Epeigné-les-Bois' sole 'grand cru' today would have been delayed at least until this afternoon, allowing this morning's mainly light rain to clear away. Not an option – friends had arrived and preparations for lunch were well advanced. 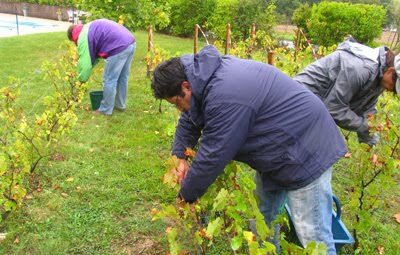 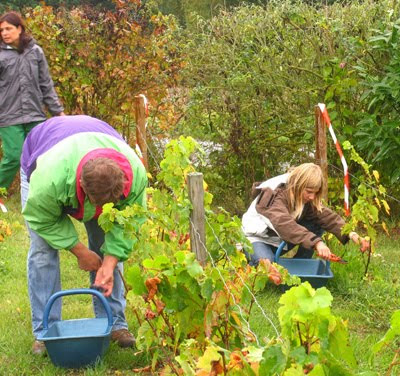 Part of Equipe – A
I understand that hiring a helicopter was briefly considered, as other producers of 'grand vin' such as Pétrus have done in the past, but the visibility was too poor and the vineyard is perilously close to the A85 motorway. So picking started around 10.30am in light rain and was concluded within about 45 minutes but with a record harvest of three large tubs of very clean and healthy Cabernet Franc grapes. The pickers split equally to tackle the two blocks of Cabernet Franc under Mark's watchful eye. 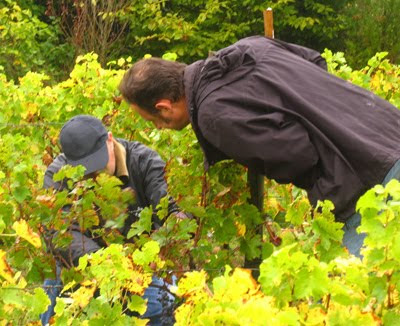 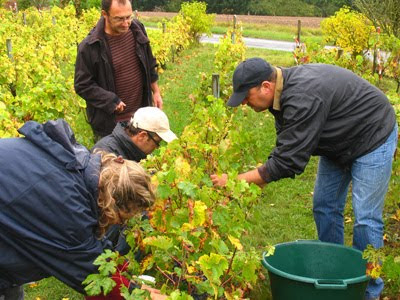 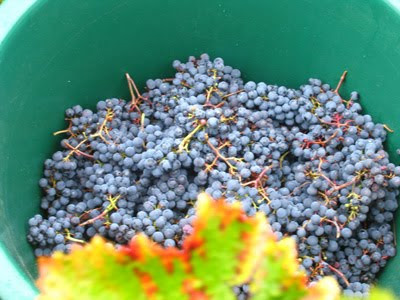 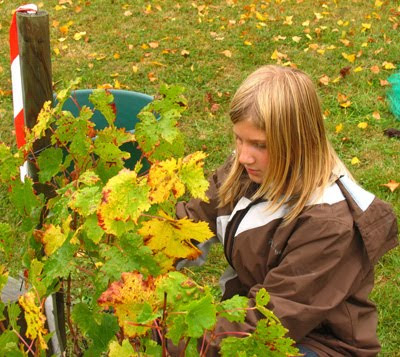 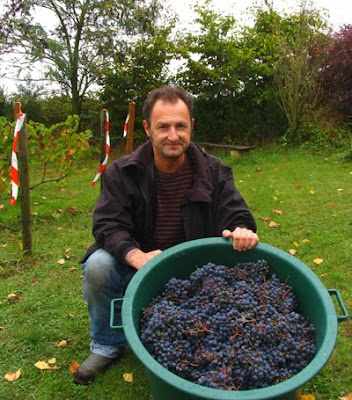 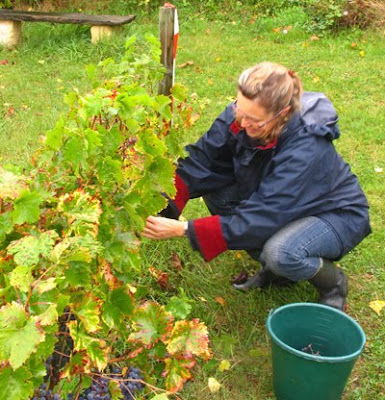 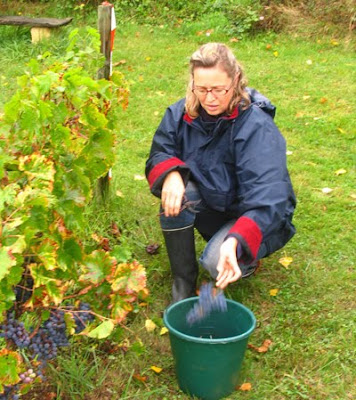 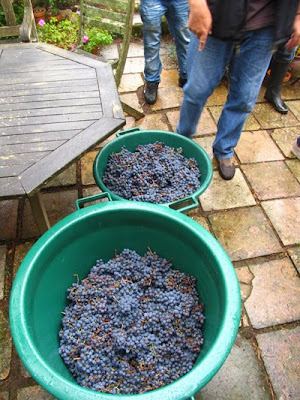 The Clos Chossay's new vineyard with terraces (artist's impression)
Jim's Loire understands that plans to restructure the Clos Chossay vineyards are well advanced. Prior to moving to Epeigné, Mark Robertson was a keen amateur of the wines of the Northern Rhône. The idea is to recreate in miniature some of the features of Rhone's most famous vineyards – the terraces and the names of its famous producers on the retaining walls. The terraces would increase the vines exposure to the sun and possibly make it viable to plant a few Syrah vines here.

One of the attractions is the belief that the new terraced vineyard will attract time-challenged oenophiles, particularly from the US and Asia-Pacific, keen to be able to visit the Château de Chenonceau and get a flavour of a nearby northern Rhône vineyard all in a morning.