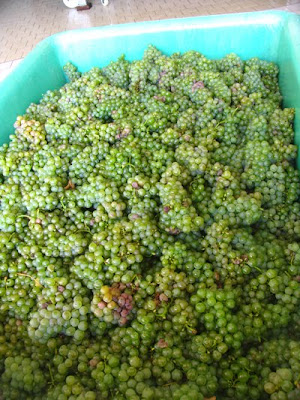 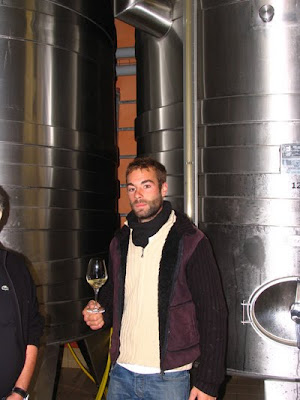 Benjamin Dagueneau with a glass of the 2008 Silex

29 September 2009
Benjamin Dagueneau on the 2009 vintage: “Magnifique! Belle matier et equilibré with a yield of around 40-45 hl/ha.” (While with Benjamin I tasted the 2008s, which have yet to be bottled but are tasting well at the moment with Mont Dammé and Sliex being particularly impressive.) 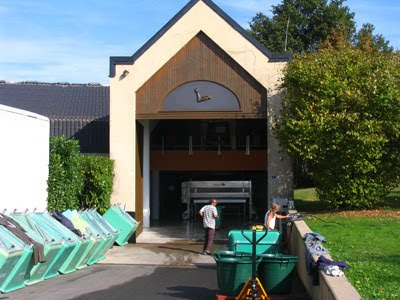 On a flying visit to Pouilly on Tuesday morning the producers I saw were very pleased with the quality of grapes they were harvesting. Most had higher yields than those in the vicinity of Sancerre, although some are still suffering the consequences of last year’s hail. 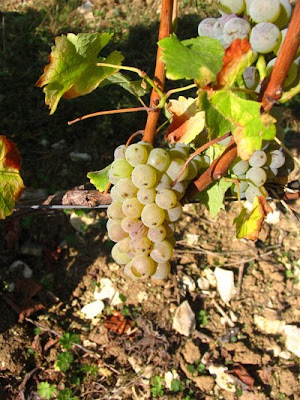 Valerie Dagueneau (Serge Dagueneau et filles): “This year we have about 45-50 hl/ha compared to 30-35hl/ha last year with last year’s hail damage reducing the yield. Given the weather conditions even at 65 hl/ha the grapes would have been ripe this year. Today we are picking Chasselas for Pouilly-sur-Loire and we may have to ask for a derogation because under the appellation’s rules the Chasselas shouldn’t have a potential alcohol of more than 12% and I think ours is probably over that this year.” 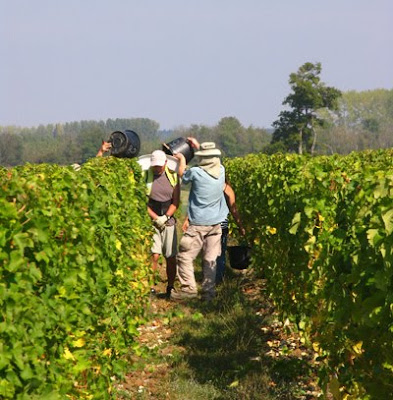 Sophie Guyollot: “We started on Monday 21st September. Quality is exceptionally this year with potential alcohol levels between 12.30% and 13.5% with 5g of acidity. The yield is between 40-50hl/ha – pas un gros sortie cette année. I expect we will finish on Thursday.” 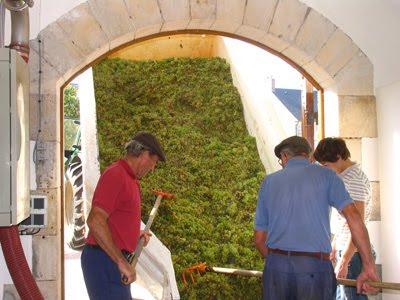 Chasselas arriving@Serge Dagueneau et filles
The only Pouilly producer I saw who had been hit by hail was Henry d’Assay. “Because of the hail around the château we have only 30-35hl/ha overall. We started on 18th September and we will finish tomorrow. When the started the potential was 13.5% but it is now up to 14%-14.5%.
Posted by Jim's Loire at 14:14