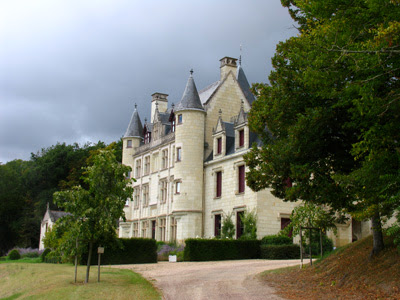 I dropped into see Sebastien on Friday to catch up on where they were with the 2016 harvest. They were fortunate that they weren't hit by the late April frost. Sebastien told me that they would pick their Chenin Blanc tomorrow (Saturday) and then the Cabernet Franc next week. Currently their Chenin was at 13% potential and 6 acidity, while the Cabernet Franc was at 12.5% and 5 acidity.

Sébastien kindly gave me a bottle of their 2015 Touraine Chenin Blanc – next year this can be labelled as Chinon Blanc as from the 2016 the Chinon appellation has been expanded to the south west. There is, however, a doubt for if Thouars 2016 has a similar quantity of residual sugar in it to the 2015 (over 20 grams) it won't meet the regulations for Chinon Blanc, which specify a maximum of 6 grams of residual sugar.

Anyway the 2015 is very attractive – richly textured but with enough acidity not to make the wine cloying. It works as an apero but would I think be better with a rich paté/foie gras, blue cheese but also with pork and a rich sauce or pheasant à la Normande – cooked in apple and cream – or similar. 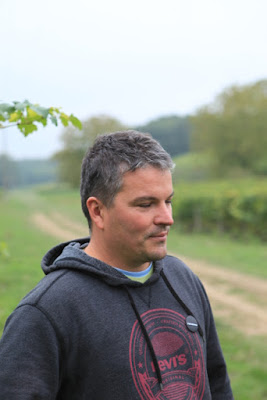 At the Domaine de la Noblaie in Ligré (AC Chinon) we were given a bottle of 2008 Pierre de la Tuf – the domaine's special cuvée that is made in a limestone vat. The 2008 is delicious to drink at the moment – slightly herbal reflecting the relatively cool 2008 vintage but now with very soft and integrated tannins.
Posted by Jim's Loire at 20:51