Epeigné-les-Bois: once upon a walnut tree 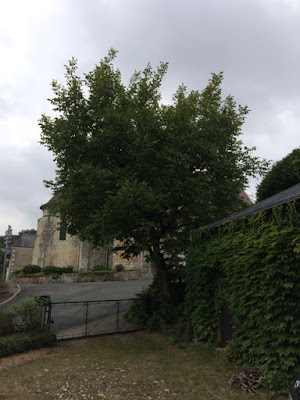 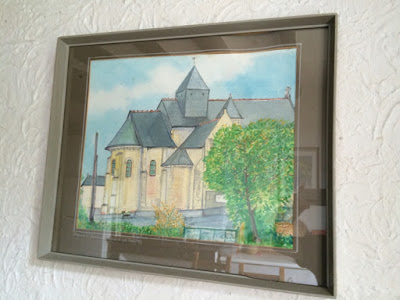 A painting showing the walnut tree in 1992

When we bought the house in Epeigné-les-Bois in 1987 the walnut tree by the front gate was quite modest. Inevitably over the years it grew and grew despite being pruned every two years over the past decade or so.

Although it provided shade in the front patio its expanding roots caused problems to walls, pavements etc. It did, however bear memorable witness to the severe frost of April 21st 1991. We had been at Epeigné in early April. The vines and other plants, including our walnut tree, were already starting to bud and shoot. When we came back at the end of May, all the shoots on the walnut were still blackened.

Sadly we concluded that the walnut would have to go. Sadly its last crop of walnuts were black and rotten with only a few decent nuts. Today was the day: 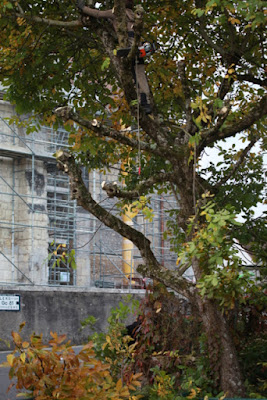 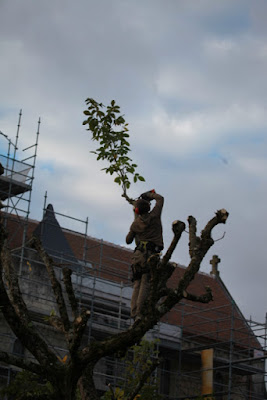 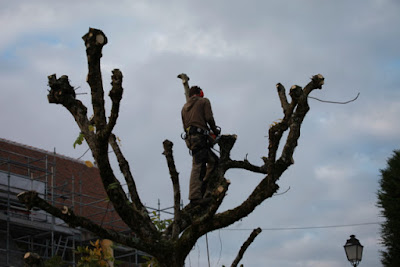 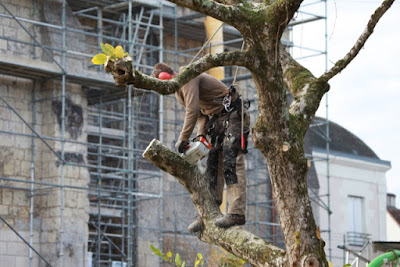 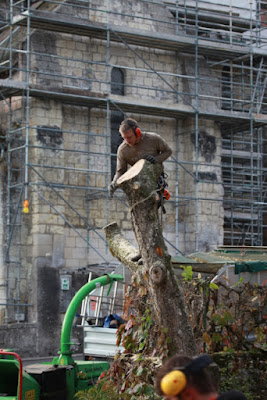 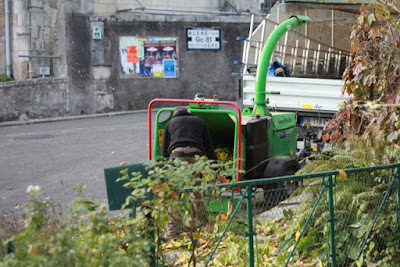 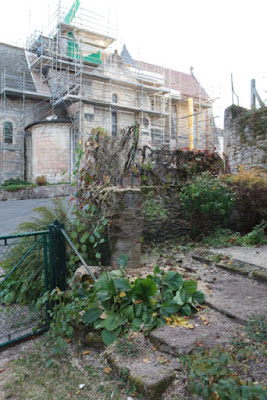 Now an uninterrupted view of Epeigné's church
Posted by Jim's Loire at 22:02