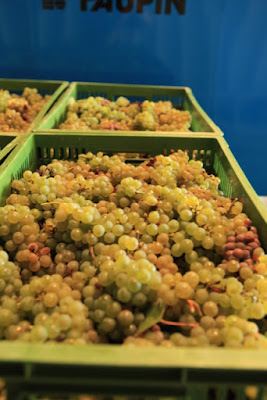 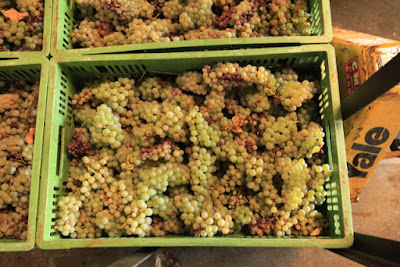 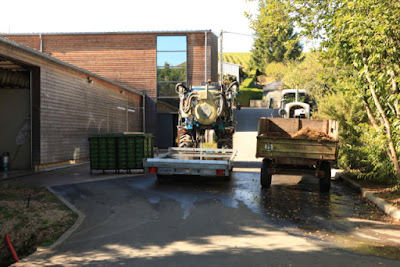 Yesterday (Tuesday) we made a very quick day trip across from Touraine to Sancerre and Pouilly to have a quick look at the start of the vintage there. It confirmed that of all the major Loire appellations Sancerre has emerged the winner in this very complicated year. Although there was some loss from the late April frosts it was small in comparison to many of parts of the Loire including the neighbouring appellations of Pouilly-Fumé, Coteaux du Giennois and Menetou-Salon.

Furthermore the Sauvignon Blanc grapes look good as did the sole example of 2016 juice I had time to taste at the Pinards. The harvest is just getting underway in Sancerre and I only saw Sauvignon being picked. The Pinot Noir is being left to ripen further.

Clément and Florent Pinard (Domaine Vincent Pinard, Bué)
"We lost 15% through frost plus subsequent losses from coulure and mildew. We started picking last Friday. The Ban des Vendanges was on Saturday, so we got a dérogation (permission) to start a day early.

Although it is really too early to say the yields are so far between 30-35 hl/ha and around 13% potential alcohol due to the reduced crop. Acidity levels are between 4-5.2 with plenty of tartaric and a low ph.

We will pick a little Pinot Noir tomorrow but expect to really start on the Pinot at the end of this week." 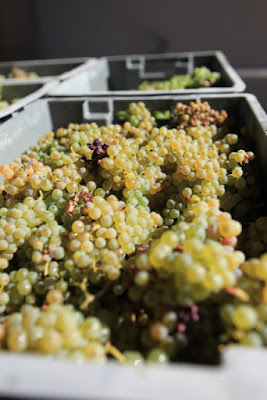 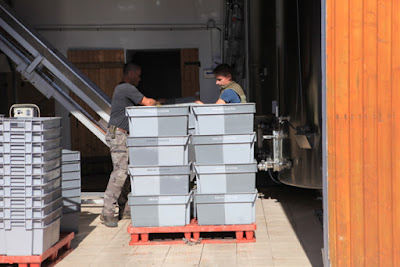 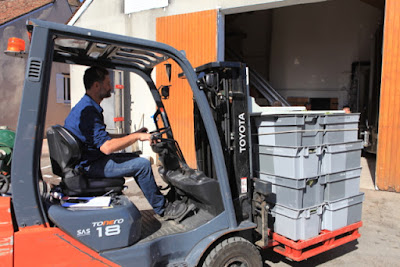 I suggested that 50hl/ha was a record in the Loire this year. J-D said it wasn't quite a record. 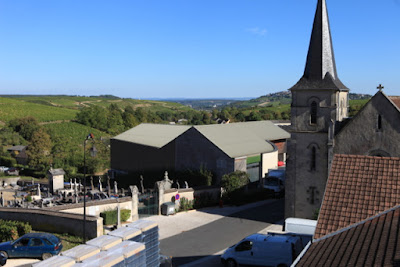 Jean-Marie: "The harvest is as we expected – it's very variable. Although it is still very early our highest yields will be around 45 hl/ha with some parcels very much lower –perhaps 20 hl/ha? We have rot in the grape bunches before flowering – I have never seen that! Also a complicated flowering with coulure and millerandage, especially in the Sauvignon which is rare. I think the Pinot Noir will be better as the flowering was earlier during better weather conditions. We may start picking the Pinot tomorrow." 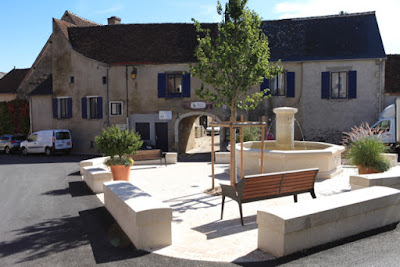 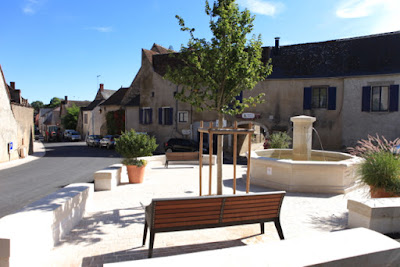 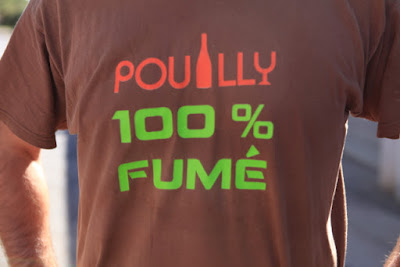 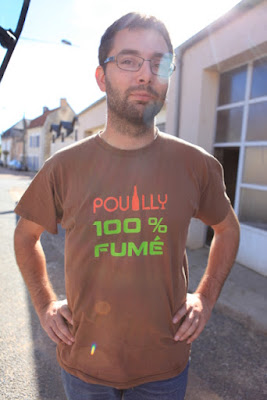 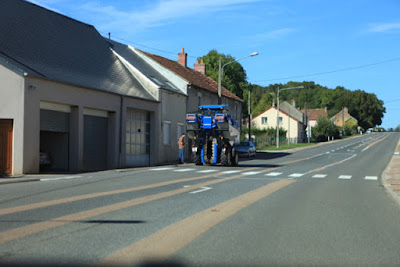 Loïc Cailbourdin, Domaine Alain Cailbourdin, Maltaverne, AC Pouilly-Fumé
Maltaverne is less than 8 kilometres by road from Sancerre but this year there is a chasm between the two.
"We were among the worst hit by the frost with an 80% loss – others lost 100% of their crop. Our frost loss has been compounded by mildew and the drought of July and August bringing our total loss to around 85%. Overall the frost damage varied: Le Bois Fleury and Pouilly were badly bit, while Les Loges was less affected and Tracy not much."

On our way to Maltaverne we had stopped off to have a look at the Domaine Michel Redde's vines near La Roche on the D4 and here there didn't appear to be much frost damage, although there was clear evidence of some sunburn damage during July/August. 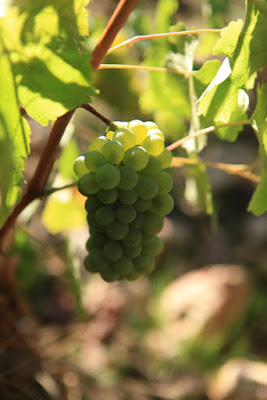 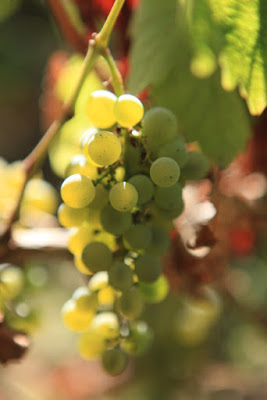 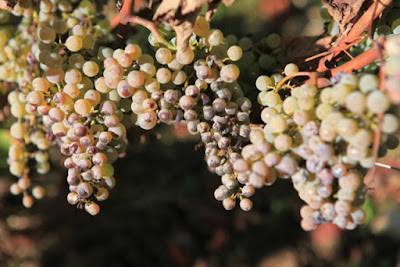 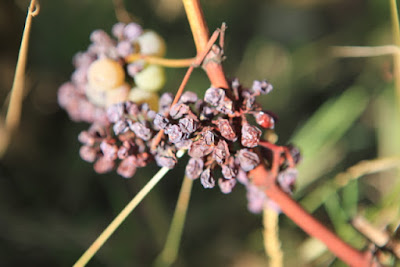 Frazzled by the summer heat

Benoît Roumet, director of the Bureau Vignobles du Centre, Saint-Satur
"Picking is still continuing in Quincy and Reuilly. With this fine weather they can wait for the optimum maturity. Unfortunately both Menetou-Salon and the Coteaux-du-Giennois were badly hit by the frost. However, the prospects are good in Châteaumeillant as they are in Sancerre." 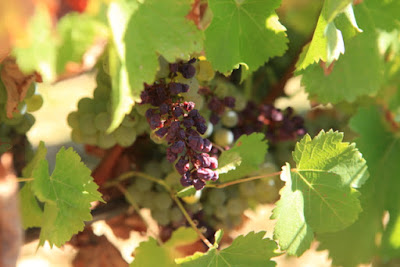 Sauvignon Blanc above Bué – some signs of sunburn
(above and below) 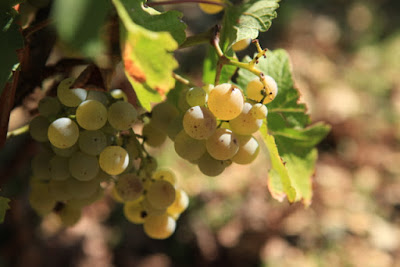 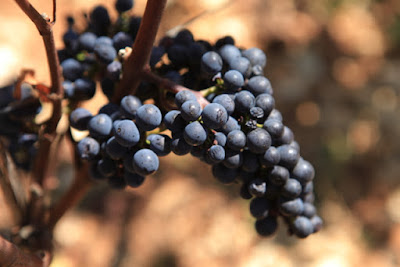 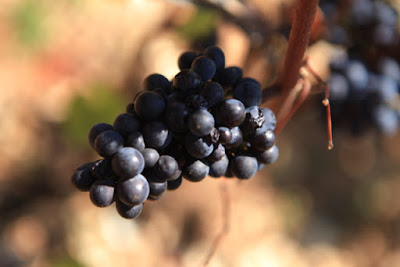 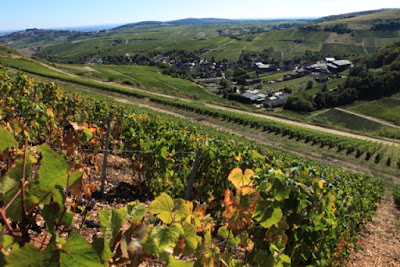 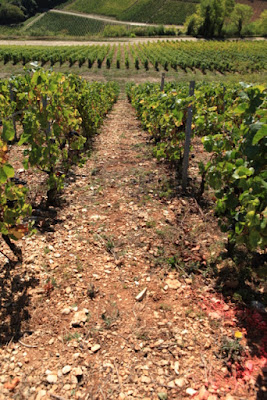 Currently the Loire weather is fine and settled with bright sunny days – low 20s˚C and cool nights. Encouraging for growers with grapes to pick this year but supreme anguish for those who have little or nothing to pick as they watch a potentially surprisingly good vintage out of their reach!
Posted by Jim's Loire at 22:18

I was speaking to a grower in Bué a few weeks ago and he says the same thing -- he estimated loss was going to be maybe 10%, whereas over in Pouilly there were people with 80 - 100% losses. I was speaking to someone who has just returned from picking in Champagne and she says quantities are low but quality high there.