Back in Mrs Brexit May's England 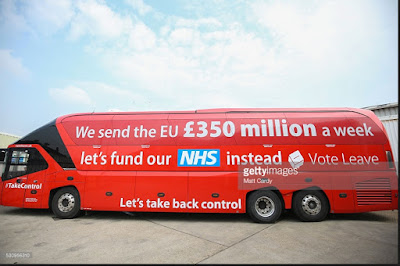 
After five good weeks in the Loire we are now back in London. Back to Mrs May's Bedlam. Back to complete confusion over what Brexit might actually mean. After five weeks away we are no further forward in knowing what the UK government intends to do than we were back in the second week in September.

May's mantra that Brexit means Brexit is about as helpful as saying Weetabix means Weetabix or Pain au Chocolat means Pain au Chocolat. It is increasingly apparent that May is well out of her depth and her government has little nor no idea what it is doing. Little wonder that Nicola Sturgeon expressed very considerable frustration after her meeting with Brexit May yesterday.

Despite May and her government's continued inability to work out what Brexit actually means, its implications for the UK and what it will mean are increasingly evident:

• A plunging pound against both the dollar and the euro
• Large banks considering moving HQs out of London in the next few months
• Nissan not committing to further investment in its car plant in Sunderland, whose voters opted to leave the EU.
• A marked increase in racial and homophobic attacks since the referendum of 23rd June 2016
• May looking increasingly out of her depth.
• Other EU leaders appear to have summed May up and got her number.
• Johnson, Davis and Fox appear to be ready to inflict maximum damage on the UK's economy on the Brexit altar.
• There are serious implications for Scotland and Ireland and can these be squared? May appears to think they can be fed a few talking bones and all will be OK.

I could go on but it is too depressing.

Email ThisBlogThis!Share to TwitterShare to FacebookShare to Pinterest
Labels: Brexit, EU, Johnson, May

You've pretty well summed up our predicament, Jim. We're being led further and further down a blind alley. Sadly, this will no doubt lead to "the paving of paradise and a parking lot..."

Sorry can't bear to read it - not because you are not 100% right - of course you are - but because there seems to be no hope. I cycle endlessly between rage and despair. The trouble is my wife (who also agrees) is getting less and less tolerant of this - after all she and not the b... Brexiters has to put up with it.

Truly the lunatics have taken over the asylum,

What a mess your country is in. Of course, that's nothing compared to the mess we'd be in if Trump were elected, which appears increasingly unlikely. Also, I didn't realize that Boris Johnson was named UK Foreign Minister after the Brexit debacle. What a travesty.

I also alternate between anger and despair.
Perhaps if someone was to write "Nissan to leave UK" on the side of a big red bus and drive the thing round Sunderland the message might get home. They could also write "we told you so" on the other.