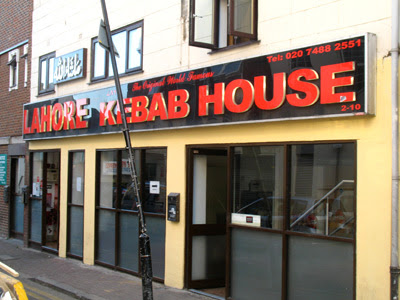 This is the third and last post in the series on Loire vigneron Jean-Pierre's proposed visit to London.  See posts one here and two here.

I know what he means! For although I do enjoy going to top and expensive restaurants occasionally, I prefer to look for restaurants that offer good food at reasonable value. A few months ago we did have a very fine meal at Murano and would go back there again some time but I look forward just as keenly to my visit to the wonderful Lahore Kebab House in the East End where three can eat brilliantly for half the price of one meal in Murano. Admittedly the Lahore does not have a licence, allows you to bring your own wine, beer etc. and then very generously doesn't charge you corkage. A glimpse of paradise!

Also I don't want to give Jean-Pierre an excuse to raise the price of his reds either to pay for his expenditure in London or because seeing some London restaurants charge upwards of £60 a head conclude that les Rosbifs are fabulously wealthy and won't notice a price increase! 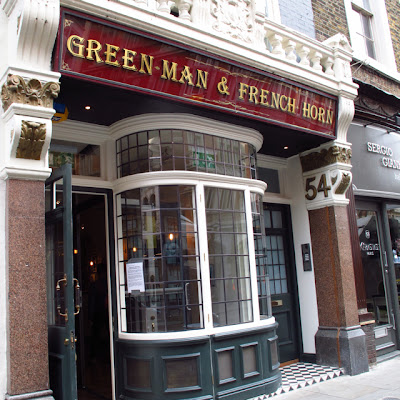 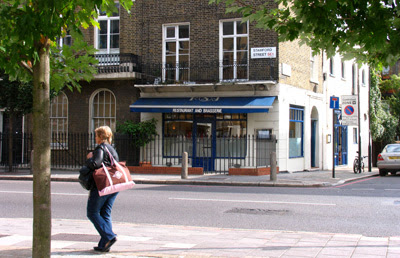 Reminders of home
Green Man and French Horn
RSJ Restaurant
First up a couple of restaurants that will remind JP of the Loire. The Green Man & French Horn opened in September 2012. The wine list is entirely Loire and many of the ingredients in the cooking headed by Chef Ed Wilson are sourced from the Loire Valley. Right in the centre on St Martin's Lane – a short walk from Trafalgar Square. Booking essential.

The RSJ Restaurant is on the south side of the Thames on Stamford Street close to Waterloo. It opened 33 years ago in 1980 and has become known for its wine list, which concentrates almost entirely on Loire wines, and good value food. (Declaration I have been a consultant here since around 1990.) 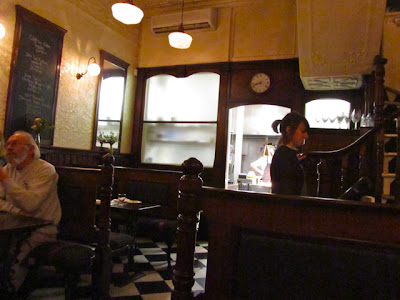 A new discovery
The Quality Chop House
A very recent discovery the Quality Chop House is at the top end of Farringdon Road about a 10-15 minute walk from Kings Cross. It is run by Will Lander, son of leading wine writer Jancis Robinson MW, and Josie Stead. There is a fixed priced no choice four course dinner menu for £35. The wine list is eclectic and good value.

A quartet of old favourites – three restaurants from the Indian sub-continent and then my favourite Chinese restaurant.

The Lahore Kebab House
Although it is a bit of a trek from the centre it isn't difficult to get to as it faces onto the Commercial Road and is a short walk from either from Algate East or Whitechapel underground stations. Always very busy it offers great value and as mentioned above lets you bring your own drink and doesn't charge corkage.  There is an off-licence next door which must do an amazing trade in Indian beer as parties arrive carrying multiple six packs. I recommend that you start with the grilled lamb chops. It is easy to order too much as the portions are generous. 2-10 Umberston Street, London, Greater London E1 1PY. 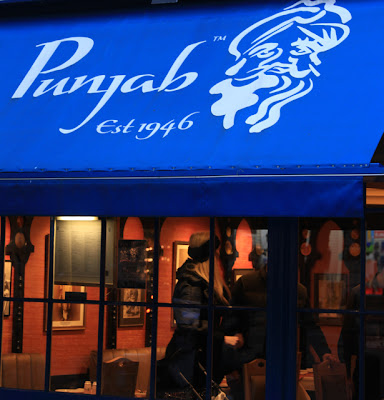 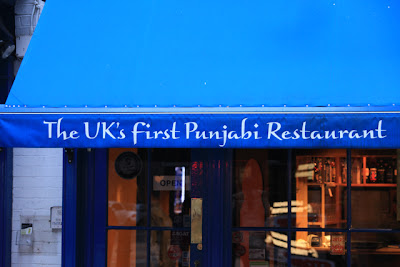 The Punjab
At the top end of Neal Street in Covent Garden, the Punjab is the oldest North Indian restaurant in London. The food is always good and the service friendly and efficient. Best to book. 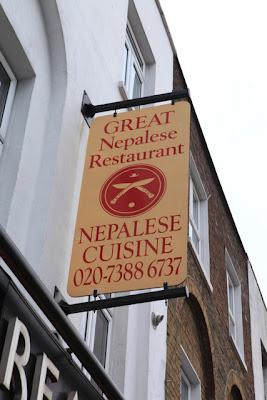 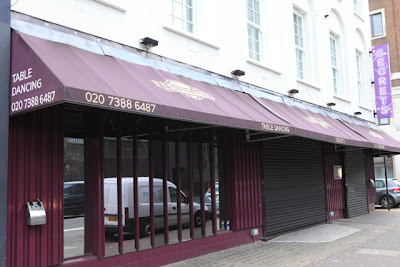 The Great Nepalese
Another institution, this small restaurant close to Euston Station has long been a favourite. Good Nepalese food and again friendly and efficient service. Worth trying the Nepalese specialities.

Y Ming
Long established, friendly, welcoming and comfortable Chinese restaurant in Greek Street in Soho.  This is certainly my favourite Chinese restaurant in London, although to be fair I haven't tried many others recently as I like Y Ming so much. Many interesting choices on the menu – I always start with a plate of the aubergine chips while deciding what to eat. Best to book. 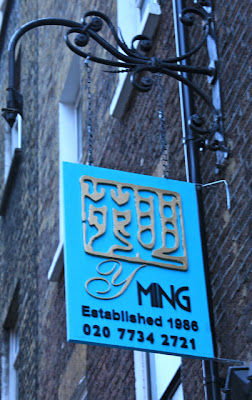 Once upon a time I would have recommended the New Tayyab, in Fieldgate St, Whitechapel, but in the last few years it has been overcome by its own popularity.

The Masala Zone in Marshall St, Soho, is a good choice if you want to try a range of Indian food from many different regions. Modern, stylish and good value.

Haz, in Devonshire Square near Liverpool St Station does great Turkish for a very good price.

For a great pub meal, the Seven Stars, in Holborn, behind the Old Bailey and very convient if you've been to Sir John Soane's Museum. Run by the flamboyant Australian Roxy Beaujolais (not her real name you'll be amazed to learn...)

Many thanks Susan. Will give JP plenty of choice for their short visit.

Jim, I miss UK in a sense. Last time I crossed the Channel was almost 15 years ago, accompanying a lovely lady fencer to a tournament in London. After the competition was over, we had plenty opportunity to wander around in Chelsea, visiting an agricultural fair where you could buy litterally dozens of different varieties of apples.
Food has always been a priority, both with her and with me, but we mostly walked empty-pocketed.
I did not know you are allowed to “take your own” and have wine on premises without proper license. But that’s good news. And no cork-money indeed !
This being said – but all is a matter of taste – I would not dream entering a Kebab House with a front like that, had you not recommended it. Looks more like a Wimpy Bar of old.
By the way, you treated us to some real beautiful snapshots again, in your previous posts. Congratulations! Still, an earth-quake must have taken place as you shot St Paul’s from the South Bank. I can’t wait for the replica’s ....

Luc. Thanks. Appearances as you know can be perceptive. At the lahore it is the food that is important rather than flash and expensive cutting edge design. Next time you are in London we'll go to the Lahore.

St Paul's leans towards the south bank of the Thames because it knows that this is where the excitement is.

By analogy, my own experience is that Richard leans to the left side BEFORE any type of excitement begins to make itself felt !