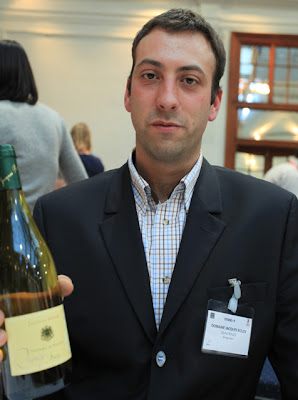 Domaine Jacques Rouze has nearly 20 hectares of vines: 15 in Quincy, three in the neighbouring appellation of Reuilly and 1.5ha in Châteaumeillant. My favourite wine from the four that Côme, Jacques' son, was showing was the unfinished 2012 Quincy Vignes d'Antan from old vines producing a wine of concentration and character. 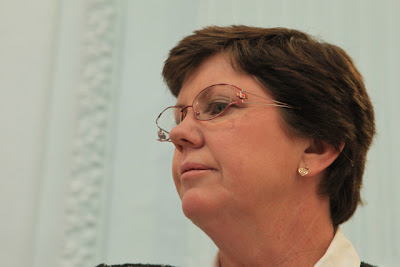 Denise Gitton (above and below)

Pascal and Denise Gitton are very much in favour of giving their Sancerre and Pouilly-Fumé, vinified and bottled by individual vineyards, time to express themselves. The point was well demonstrated by the weighty and evolved 2007 Galinots Sancerre from vines on flint. 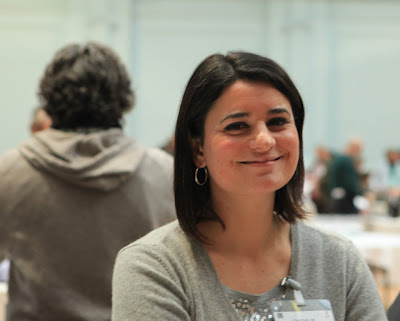 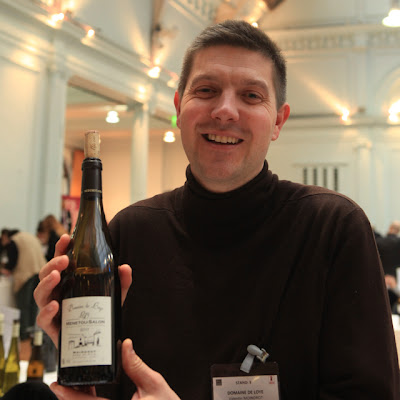 There were two wines on show from the Domaine de Loye in Morogues: a 2011 white Menetou-Salon and the 2011 red. My preference was for the red which had an attractive silky, smoky texture although quite edgy in the finish.

The wine growers in France are very independent so they can make farmers more prosperous there.