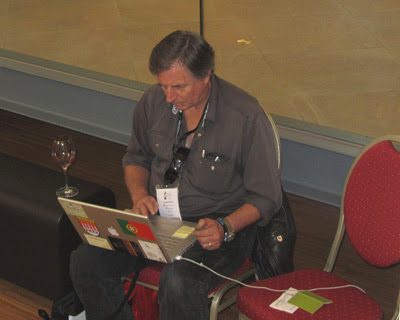 The preview will be on the evening of 27th January in Montpellier. Millésimé Bio, the organic wine fair, opens the next day. I'm looking forward to going back as last year's edition was very good.

Press release with details of the film and the preview:
'After making his first feature-length film in 2010, American film-maker Ken Payton has turned his attention to the southern French region of Languedoc-Roussillon.

In 2012 he made a documentary – Les Terroiristes du Languedoc - about this dynamic region, the enormous diversity and potential of its terroirs, and 12 of its pioneering producers.

The film will be premiered in Montpellier (Languedoc's capital city), at 7.45pm on Sunday January 27, 2013, at the Diagonal cinema (5, rue de Verdun, 34000 Montpellier), followed by a tasting with the 12 winegrower-stars.

After visiting Languedoc in 2011 and early 2012, Ken selected twelve winemakers and their vineyards to feature in his film. They are from a broad range of areas across the region and they farm their grapes on multiple terroirs, using a variety of methods and practices. He filmed them in May, during budbreak, and in September, during the harvest.

The focus of the documentary is the region's diverse terroirs; its viticultural methods (including organic, biodynamic, and sustainable); winemaking innovations; the economic realities of wine growing; and the highly-committed producers who have chosen to make wine here. 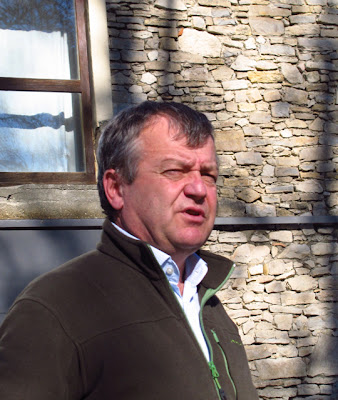 Says Ken Payton: “The over-arching objective of my film Les Terroiristes du Languedoc is to entertain, educate and inform an international audience of wine lovers, educators and influencers about the new reality of Languedoc-Roussillon: this is a region of innovation, creativity and wines of exceptionally high quality, born out of an unrivalled diversity of terroirs and wine growing methods, enhanced by strong environmental stewardship.”

Les Terroiristes du Languedoc will be available on DVD and online in 2013. A Facebook page facebook.com/LesTerroiristesDuLanguedoc shows some of the behind-the-scenes shots taken during filming. 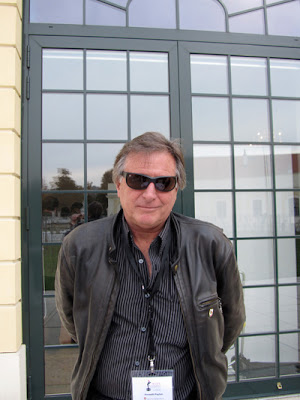