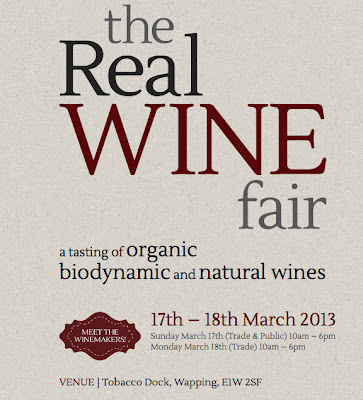 The dates for the 2013 Real Wine Fair are now out: Sunday 17th and Monday 18th March. The Sunday will be open to both the public and trade, while Monday will be trade only.

The venue is the Tobacco Dock in London's Wapping. The nearest tube stations are Wapping (The Overground) and Shadwell (Overground and DLR). Hopefully this will be a much more agreeable venue than last year's Hitlerian bunker that Eric and Doug found near Holborn.

Although they appeal to the same audience and similar wine producers The Real Wine Fair should not be confused with the RAW fair, which will be held in May and is organised by Isabelle Legeron MW. 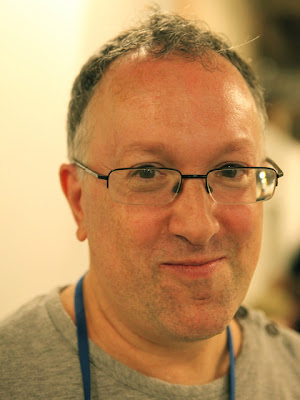 Douglas Wregg – high priest of natural wine
and one of the organisers of the Real Wine Fair
Posted by Jim's Loire at 12:27