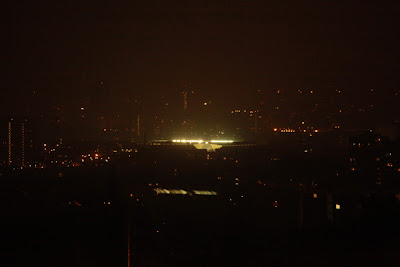 Lights on for Millwall's FA Cup clash with Aston Villa

The FA Cup match between Millwall and Aston Villa was brought forward because of the big march to protest at the planned closure of facilities at Lewisham Hospital including the Accident and Emergency, intensive care, maternity and children's services. Millwall got the march off to a good start by beating Aston Villa 2-1.

Details of the campaign here. 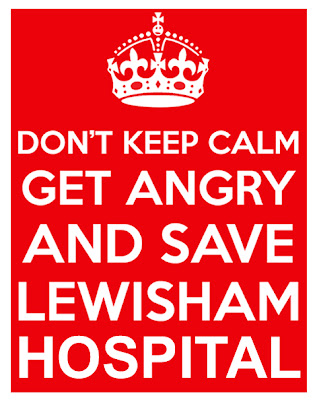 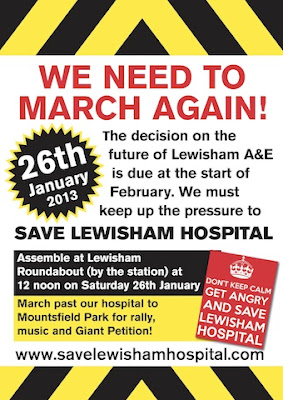 The march starts at noon at Lewisham Roundabout. It will go past the hospital and on to Mountsfield Park.

Read article on campaign here and here.
Posted by Jim's Loire at 00:10