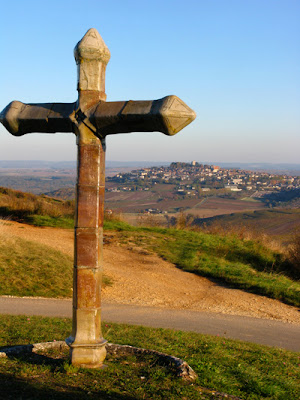 Over the past week two significant and well respected UK importers have independently told me that they have been told by one of their Sancerre suppliers that due to the well publicised short harvest in 2012 they will regrettably be obliged to raise their prices.

I'm sure that this is not the general message from Sancerre – just a few producers. Sancerre did very well in 2012: they mainly picked before the good weather, which started in late July, broke at the end of September and they enjoyed a near normal yield of around 50 hl/ha. They can have few complaints as they weren't one of the Loire regions hit by a tiny 2012 harvest. Muscadet, for example, averaged 22-23 hl/ha.

Some Sancerre producers may need to raise their prices but this is unlikely to be due to a small crop in 2012. Instead they may have a new sophisticated piece of winery equipment, new Jaguar or a de luxe Mercedes lawnmower to pay for or be going through a messy and expensive divorce...

The same would also apply to Pouilly-Fumé.

No, Jim I just asked for a huge raise of my salary!!
More seriously, I only heard about increase in bottles price after 5 years with no changes to input the raised prices of bottles, box, etc... and I don't know who's going to divorce.
See you in Loire Valley Wine Fair
Benoît

It's only because I ask for a huge raise of my salary.
More seriously, in Centre-Loire we are relly lucky in 2012 with a classic harvest for the whites (excepting Reuilly) and less for reds and rosés. All the price raises I heard about were more scheduled to input all the prices raises of bottles, boxes, etc...after 5 years with no change in prices and I don't know who's going to divorce, some clue?
See you in Loire Valley Wine Fair
Benoît

Your response puts an entirely different commplexion on the matter. If the increase is to fund your much deserved, enormous increase in salary, then it is entirely evident that all price rises are completely justified!

Yes, there are some growers raising prices 'because it's a small harvest elsewhere' (read 'Burgundy'). They're a minority - and short sighted - and buyers can always vote with their feet.
This year, we've 'allowed' a few growers to raise prices - usually around 10 cts/bottle, ie 2% - because these growers have held their prices for 3, sometimes 4 years - in some cases after having reduced prices back in 08 / 09 to help clients face the 'credit crunch'. That 2% just about covers this year's increase in cost of dry goods.
The real *** for the consumer is the UK government's continuing policy of increasing taxes for wine over and above the rate of inflation. recent figures saying that 80% of price rises over the last 10 years are due to tax seems about right.