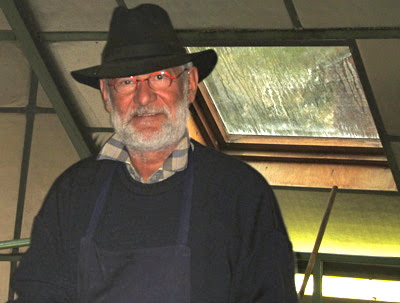 (Following the message from Noël Pinguet yesterday I have made some further inquiries, so this is an update, which includes a statement from Sarah Hwang, now president of the domaine.)


Noël would I’m sure not wish to destabilise the world class domaine where he has been in charge since 1976 and was owned by his wife’s family from 1928 until it was bought by Anthony Hwang in the summer of 2003. To use the French expression: il veut pas cracher dans la soupe.

His departure may well have been calmer than indicated in LRVF – no smashing of magnums of 1972 or 1984 sec! However, there is no doubt that Noël is leaving Domaine Huet earlier than was planned. Noël actually sent in his letter resigning from his positions at Domaine Huet at the end of October 2011. He was the president and a director of Société Huet, which looks after the vines, and ran L’Echansonne (trading name L’Echansonne Huet Distribution), which looked after distribution. Anthony Hwang, Evelyn Hwang and their son, 33-year old Stefan (Hugo) – DOB: October 1978, are also directors of Société Huet (source: http://www.societe.com).

Noël is also in charge of another company – SARL Gaston Huet, which is owned by the Huet family. The company, which was set up in December 2003, owns the entire stocks of the old Huet vintages from 1975 to 1921 as well as the remaining stocks of 1989.

I understand that Noël resigned for the reasons outlined on Friday by La Revue du Vins de France. Although nominally in charge, he found himself no longer making the important decisions. He was not allowed to take the necessary risks often required to make great moelleux in Vouvray. The risk of waiting for the right moment, while trusting that the weather will remain favourable. 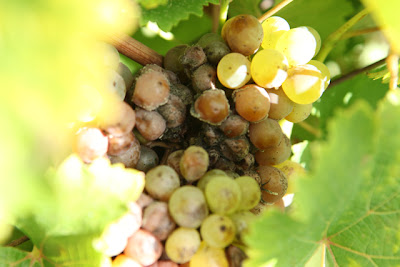 The risks involved in Vouvray and Montlouis tend to be considerably higher than they are in the Layon or L’Aubance. Dry white – Vouvray sec – was to be made rather than risk waiting to make demi-sec or moelleux as the sec is easier to sell. Domaine Huet has always had the policy of only making demi-sec or moelleux when the conditions permit. No question of chaptalising to create artificial sweetness. An emphasis now on dry wines might also permit raising the yields.

Over the decades at Huet there have been many years when only dry and sparkling wines were made. In contrast in an exceptional year like 2003 a high proportion of demi-sec and moelleux wines were made.

Apparently there were also several orders to well-established and important customers that were suddenly cancelled at the last minute. In essence Noël found that, although nominally in charge, he was no longer allowed to run the business. I understand that Noël decided that he could not continue in these circumstances.

Noël was present at this year’s Salon des Vins de Loire (6th-8th February) as was Anthony Hwang and his son and daughter Sarah and Stefan Hwang. On Thursday 9th there was a meeting in Vouvray attended by lawyers and translators where Noël’s departure was finalised.

So where does this leave Domaine Huet? Heading towards 67 – he was born in May 1945 – Noël was due to retire soon – planned for 2015. But another three years would have made the hand-over much more smooth and assured.

Sarah Hwang (DOB: April 1982) was appointed president with her brother Stefan as managing director on 9th February 2012. Last May I was introduced to Benjamin Joliveau, whom Noël has been grooming as his successor, while Jean-Bernard Berthomé will continue as cellar-master/vineyard manager. However, Berthomé’s chief responsibility is in the vineyards and at vintage time he was usually out in the vines with the pickers.

I put a number of questions to Sarah Hwang and this is her response in full:

‘In late October 2011, Noël Pinguet informed my family of his desire to step down as President of Domaine Huet, and indeed, his resignation was finalized in a meeting on 9 February 2012. Although we knew of his intention to retire in 2015, this news came as a surprise us. I must say that it was difficult for us to see Noël step down, having been a part of the estate for so many years. As was our intention when we made our initial investment into the winery in 2003, my family and I are now involved in order to ensure the continuation of this estate and its remarkable story.

At the time of our investment in 2003, my family made the conscious decision to give Noël the freedom and responsibility to run the winery as he pleased and to make great wines. This allowed Noël to continue to follow the philosophy that the estate has upheld for many years. That is, to produce what nature gives us. To be clear -- this is an idea that the Hwang family values and respects; it ensures quality and precision, two things essential in maintaining the estate’s stature. Looking forward, I can assure you that this philosophy will remain.

Regarding your comment that several large orders to established clients were suddenly cancelled, I think that the information you’ve gathered might not be accurate. We value our relationships with all of our partners, and as I’ve mentioned, Noël had full decision-making control of Domaine Huet until 9 February 2012. In the future, the estate’s intention will be to see to it that we have an open dialogue with all of our clients.

There are two members of our current team who have experience at the press – Jean-Bernard Berthomé and Benjamin Joliveau. Both of these men will play prominent roles in Huet’s future, with Jean-Bernard taking over the duties of head winemaker. He will have full control of viticulture and wine-making. We are extremely fortunate to have a person in Jean-Bernard, who has shown a passion and dedication to Domaine Huet over a span of 33 years. In fact, his father worked alongside Gaston Huet in the fields and in the cellar. He has a strong and honest love for the estate and has unmatched technical expertise in both the biodynamic viticulture and the estate’s winemaking practices. There is no question that he will continue to uphold the traditions and quality expected by all.

On 9 February 2012, I became the President of Domaine Huet, and my brother, Stefan Hugo Hwang, is the estate's Managing Director. Hugo and I each have years of experience in the wine industry. We did not, however, have prior experience in running a wine estate. Having established Királyudvar Winery in 1997, each member of my family has been extraordinarily involved in its growth and in its story. It is an estate of which my family is personally very proud.’

Domaine Huet is a great domaine and I hope it will long remain that way. Both Noël and Sarah Hwang have said that there will be no change to the policy of making the range of wines permitted by each vintage. I hope this will indeed be the case as, fine as the Huet secs are, the true hallmarks are the Huet demi-secs and moelleux.

Noël is a true professional. Although sadly I didn’t taste with him at the Salon this year – thinking I would do so when over in Touraine in March – I spoke to him on several occasions and he looked relaxed and happy. He gave no hint that he was leaving.

Lovely article this one, Jim. You have the advantage of being geographically close, personally involved, sentimentally attached and ... a scrutinizer (a quality, in my mind).
Never ran across de Rouyn, and not keen (I guess the opposite must be true) as I think we both inhabit two worlds that are meant never to meet, but he’s wrong in his comment. No denying maintaining quality is of the essence, but PEOPLE are of paramount importance, not just the market or the icon status of an estate. Well, in my popular environment, that is.

Hi Luc. Thanks. Yes, although the glass is the test, it is the people and the places that are of the most interest to me.

Is the "source of your understanding" La Revue du Vins de France or some other source (e.g. - Noel Pinguet)?

Jim. Apart from his published message of last Saturday I haven't been in contact with Noël. Other inquiries indicate that Noël left for the reasons given by LRVF last Friday.