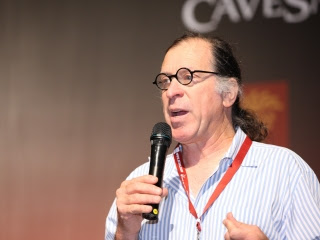 
Press release
The 2012 EWBC: Digital Wine Communications Conference in Izmir (Turkey) will feature American author and winemaker Randall Grahm of California's Bonny Doon vineyard as one of three keynote speakers.
Also participating at EWBC 2012 will be British wine journalists and IWC (International Wine Challenge) co-chairmen Tim Atkin MW and Charles Metcalfe, who will lead a technical tasting of regional wines as one of the conference highlights. Called the Grand Terroir Tasting, the goal is to present a broad and exciting picture of the region with wines from many lesser-known countries presented side-by-side. 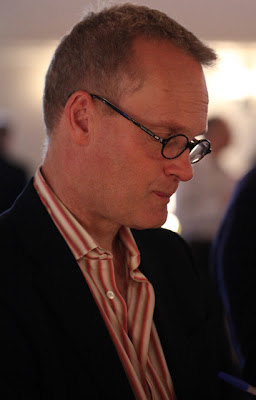 
Tim and Charles join speakers José Vouillamoz, a leading DNA expert who is collaborating with Jancis Robinson on her new grape book, and Dr. Patrick E. McGovern, a renowned American scholar and author of Ancient Wine: The Search for the Origins of Viniculture, who will also be taking part at EWBC 2012. More keynote speakers and participants will be announced in May at the London International Wine Fair. 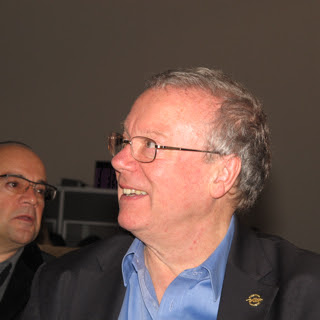 The fifth EWBC, sponsored by Wines of Turkey, will be held at the at the Swissôtel Grand Efes - Izmir , Turkey, on November 9 - 11, 2012. The theme of this year's conference is 'Source', reflecting in part the hypothesis that Turkey is the birthplace of vitis vinifera, but also the suggestion that wine communicators should aim to become sources of knowledge, not just disseminators of information.
The only international event dedicated to the convergence of wine and the web, the EWBC provides a platform for the global wine community to address today's online communication opportunities.
This year's EWBC will include technical wine tastings and wine workshops featuring wines from Turkey and many other countries, as well as a number of communications and technical workshops focusing specifically on the skills needed by wine communicators in the 21st century and beyond.
The annual, three-day event is helping to build an international network of wine communicators, and also encourages the acquisition of skills and information and the exchange of expertise across national, language and professional boundaries.
The EWBC is also very excited to announce the support of Pegasus Airlines, providing delegates a 30% discount on any roundtrip ticket to Izmir from anywhere Pegasus travels.
Delegates will be able to benefit from special rate bookings with conference partners; details of discounted hotel rates and flights, and the “Early Bird” delegate deal (ends February 29, 2012) are listed on the EWBC website
Sponsors
Wines of Turkey, Pegasus Airlines and Born Digital Wine Awards
Organizers
The EWBC is organized by Gabriella and Ryan Opaz and Robert McIntosh of the wine communications company, Vrazon.
About the EWBC Digital Wine Communications Conference:
The fourth annual EWBC was held in Brescia (Italy) from October 14-16, 2011 and was attended by 216 wine communicators from 34 countries.
EWBC 2008: La Rioja (Spain), 50 delegates
EWBC 2009: Lisbon (Portugal), 140 delegates
EWBC 2010: Vienna (Austria), 200 delegates
EWBC 2011: Brescia (Italy), 216 delegates
PRESS CONTACT
Louise Hurren@louisehurren@wanadoo.fr
skype: louise.hurren
+33 (0)6 17 66 02 53 (mobile)
EVENT ORGANISERS
Vrazon
http://vrazon.com/contact/
+34 656 432 417

Charles Atkin? Have they chosen to tie the knot? :)

Shh! What a scoop you have Robert!