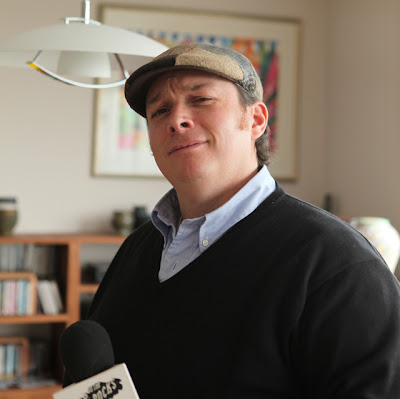 Finkus Bripp seeing whether he might add a shade to his cap
Here is a trailer to the interview that Finkus (wine on the rocks) did with me on Sunday 29th January. Decidedly topical as we talk about Campogate and the request from Robert Parker's lawyers for relevant documents, which were duly sent on 2nd February. The full interview is due to be released next week.
As the trailer shows I tend to blend into the background, which may be why Parker's lawyers have apparently had difficulty in contacting me to arrange a meeting.
Posted by Jim's Loire at 11:44